'He is good enough to use his feet against Moeen Ali': Ex-RCB skipper criticises Virat Kohli amid poor run 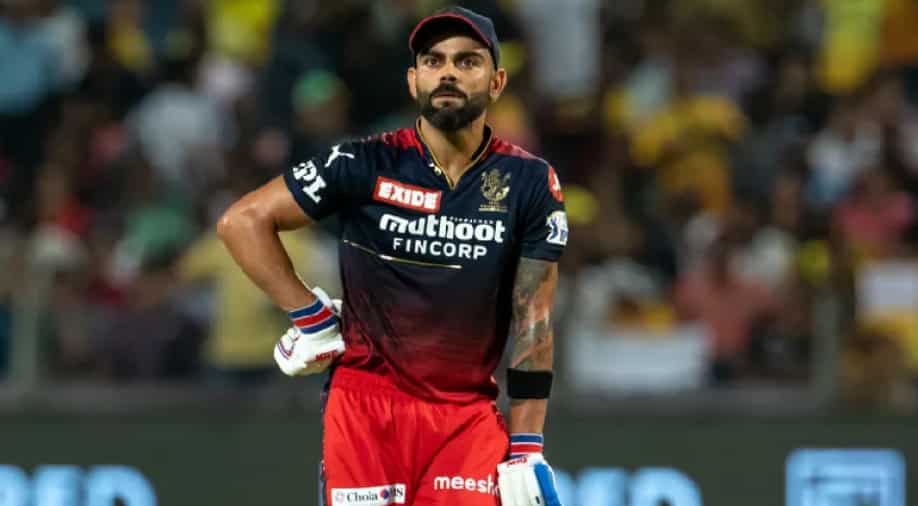 Former RCB captain Daniel Vettori has slammed Virat Kohli for 'lack of intent' as the star batter continues to endure a rough patch in the ongoing IPL 2022.

Royal Challengers Bangalore (RCB) superstar Virat Kohli has been enduring a rough patch in the ongoing Indian Premier League (IPL) 2022. Kohli has struggled to churn out runs consistently and has been far from his best for RCB. Kohli has so far managed only one half-century in eleven matches for RCB this season and has not been among the runs for the Faf du Plessis-led side.

Despite being promoted to open the innings, Kohli's poor form has continued in IPL 2022. In RCB's last game against Chennai Super Kings (CSK), he was dismissed cheaply once again after a sluggish knock of 30 off 33 balls. Kohli was cleaned up by a peach of a delivery from CSK all-rounder Moeen Ali.

The off-spinner bamboozled the RCB star ensuring he couldn't convert his start into a big score. Former RCB captain Daniel Vettori was recently asked about Kohli's dismissal against Moeen and the Kiwi great questioned his intent. Vettori said Kohli clearly lacked intent while batting against CSK and was not looking to go for big shots at all.

Also Read: Powell reveals Warner's response when asked if he wanted a single to get to his 100 in 20th over

Slamming Kohli for his poor show, Vettori further reckoned that Kohli is good enough to use his feet against someone like Moeen, who is a part-time spinner.

"But it just feels like it comes down to intent, at no stage did Kohli look like he was going for anything but a single. So, you plant your foot down the crease, and you wait for the ball to come. If the ball is in the right spot, you can't manipulate a single. And Kohli at his best takes on off-spin because he's aggressive, he hits them straight, and then he hits his hard ones," Vettori said on ESPNCricinfo.

"So, it is all about intent. And maybe the loss of the wicket, the run-out of Maxwell just put him back in his cage, and he thought 'I need to bat for an extended period of time'. But he is good enough to use his feet against Moeen Ali," he added.

Kohli has so far managed to score just 216 runs in 11 matches this season at an abysmal average of 21.60 and a strike rate of just over 111. The run machine has struggled to get off to good starts as an opener and has faced difficulty in tackling both spin and pace in IPL 2022.