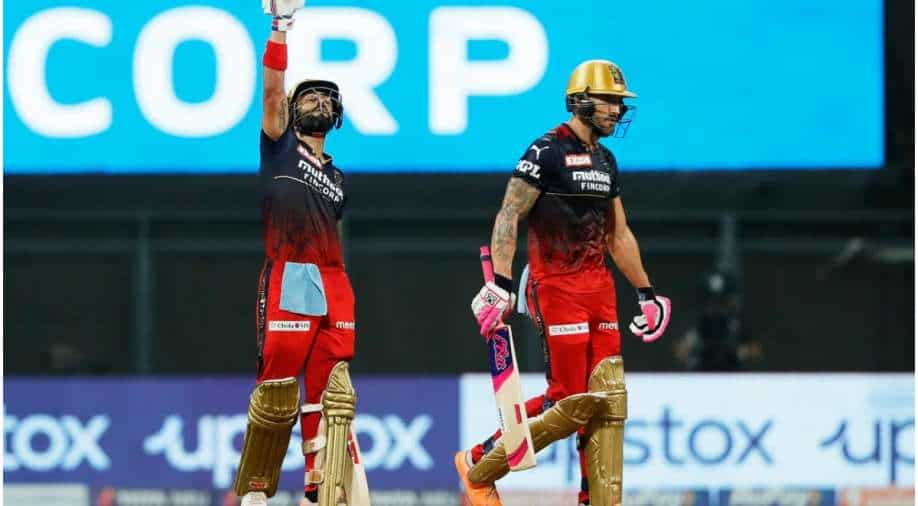 Virat Kohli roared back to form in Royal Challengers Bangalore's (RCB) must-win clash versus Gujarat Titans (GT) in match 68 of IPL 2022 edition on Thursday (May 19). Harbhajan Singh now has a suggestion for Kohli:

Much to the delight of many Indian cricket fans, Virat Kohli finally returned to form in match 67 of IPL 2022 edition, on Thursday evening (May 19). With Royal Challengers Bangalore (RCB) being in a must-win scenario when they locked horns with the table-toppers Gujarat Titans (GT) -- with the remaining fourth playoffs spot on the line -- Kohli rose to the occasion and contributed with a chancy 73 (54) to help RCB chase down 169 with eight wickets to spare.

Kohli was lucky with quite a few inside edges going for a four and he was also given a repreive, however, he battled past everything to score only his second half-century of the season and take RCB closer to the playoffs. After his match-winning performance, former Indian off-spinner Harbhajan Singh advised Kohli to continue playing in his expressive way -- as he was celebrating his runs versus GT and looking at his chirpy best -- in the coming games (i.e. if RCB progress to the playoffs).

"He (Kolhi) fought today and in an interesting fashion. He was enjoying as well. These moments were missing for a long time, his bat was hitting the ball but he was finding the fielders, he was getting run out, there was a close shave today, a catch was dropped in the deep but that didn't stop his attitude,” said Harbhajan on Star Sports.

“He kept on searching fours, the day he searches fours, Virat Kohli's attitude is like this, attacking mode. He is that type of a player, whether a four is hit from the other end or he hits one, he is an expressive player and should play like this only,” he added.

After GT opted to bat first, they rode on Wriddhiman Saha's 31, skipper Hardik's 62 and Rashid Khan's 6-ball 19* to post 168-5. In reply, RCB chased down the target with eight wickets, and equal number of balls to spare, with Kohli, captain Faf du Plessis (44) and Glenn Maxwell (18-ball 40*) leading the charge.

The three-time runners-up will now hope for Delhi Capitals (DC)' loss versus Mumbai Indians (MI) for them to book the remaining fourth playoffs spot.