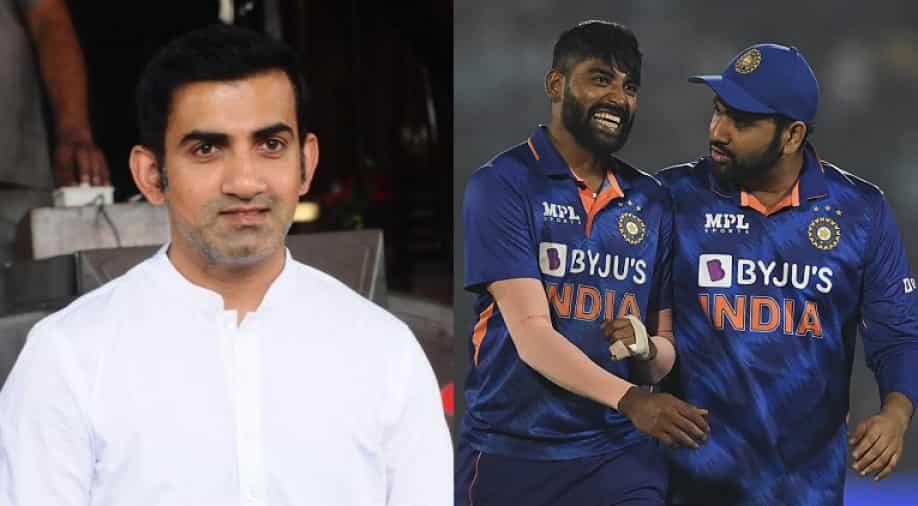 Former India opener Gautam Gambhir has lavished praise on Rohit Sharma for his leadership qualities after his appointment as the ODI skipper of the Indian cricket team.

Rohit Sharma will now be leading the Indian cricket team across white-ball formats after replacing Virat Kohli as the ODI skipper of the team earlier this week. Kohli, who had stepped down as the captain of India's T20 team in October this year, has now been replaced as ODI skipper as well ahead of the team's tour of South Africa. Kohli will continue to lead India in Tests.

Reacting to Rohit's appointment as ODI skipper of the Indian team, former India opener Gautam Gambhir heaped praise on the Hitman. Gambhir pointed out Rohit's brilliant captaincy credentials in the Indian Premier League (IPL) and said he must be doing something right as a captain to have been elevated to a leadership role in ODIs as well after T20Is.

Rohit has led Mumbai Indians to a record five titles in the Indian Premier League - the most by any captain in the history of the competition. Kohli, on the other hand, failed to win his maiden title with Royal Challengers Bangalore before stepping down as the captain of the side after the conclusion of IPL 2021 this year. Gambhir also praised Rohit for his ability to stay calm under pressure and not push his players too hard.

"Rohit Sharma has won 5 IPL titles as a captain, so he must be doing something right as compared to other captains and at the same time [the best thing about him is] his calmness and sometimes his laid back attitude as well, keeping things relaxed, at the same time not pushing players too hard," Gambhir said on Star Sports.

Gambhir spoke in the favour of having a separate captain in Tests and the two white-ball formats to keep things simple going forward. He explained how having both the ODI and T20I teams under him will help Rohit in grooming the white-ball players for both formats while Kohli can focus solely on Test cricket.

"Rohit himself is a chilled out character as well which actually helps the entire squad plus I think it's good for Indian cricket that now we have got two captains - one in white-ball cricket and one in red-ball cricket so Rohit will get enough time to groom white-ball cricket, whether it is the T20 format or ODI," said Gambhir.

"I feel that Rohit Sharma as a leader will definitely do well for Indian cricket, so Indian cricket is in very safe hands," he added.