French Open: Simona Halep ruthlessly races past Tsurenko to move into fourth round 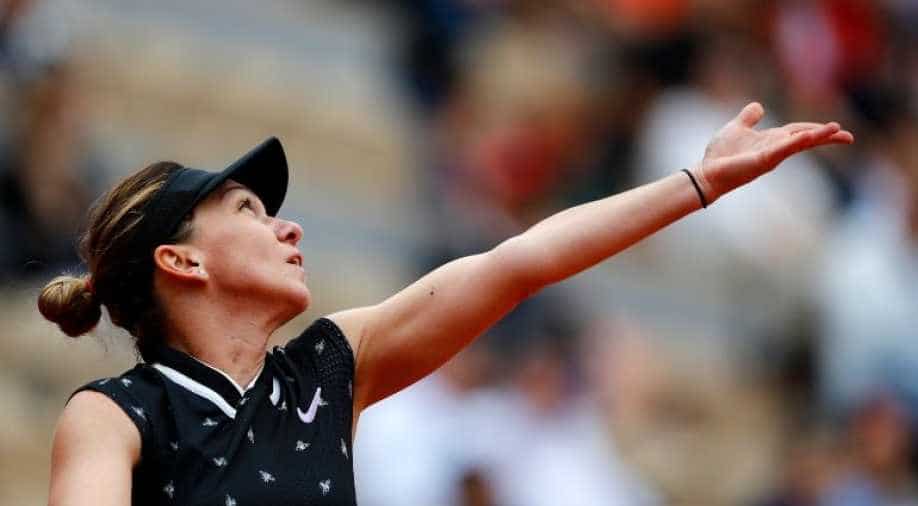 Playing her best match of the tournament, Halep had no trouble against an error-strewn Tsurenko, winning 6-2, 6-1 in just 55 minutes

A ruthlessly efficient Simona Halep marched into the fourth round of the French Open on Saturday, dropping just three games against Lesia Tsurenko.

Halep, the defending champion from Romania, had been forced to go the distance in the first two rounds.

Playing her best match of the tournament, she had no trouble against an error-strewn Tsurenko, winning 6-2, 6-1 in just 55 minutes to extend her win streak against the No. 27 seed from Ukraine to 8-0.

After a relatively cool start to the first week of the French Open, temperatures are expected to soar to as high as 30 degrees Celsius (86 F) at the end of the afternoon at Roland Garros in Paris.

Taking advantage of the balls kicking up higher on the clay of the main Court Philippe-Chatrier, Halep took the first set in just 28 minutes as she dominated her opponent from the back of the court.

Tsurenko, who had won her previous match 11-9 in the decider against Serbia’s Aleksandra Krunic playing with a broken racket, requested a medical timeout as she trailed 3-0 in the second set.

Serving for the match at 5-0, Halep got broken, but booked a spot in the fourth round in the next game with a volley, her ninth winner.

She made 14 errors, while Tsurenko had just 8 winners and made 32 unforced errors.

"It was a tough match even if the scoreline does not show it," Halep said.

"Every day in my life I have that image of me winning last year in my mind, it was my greatest moment of my career and it was all the more satisfying for having won here in the juniors as well," Halep added.