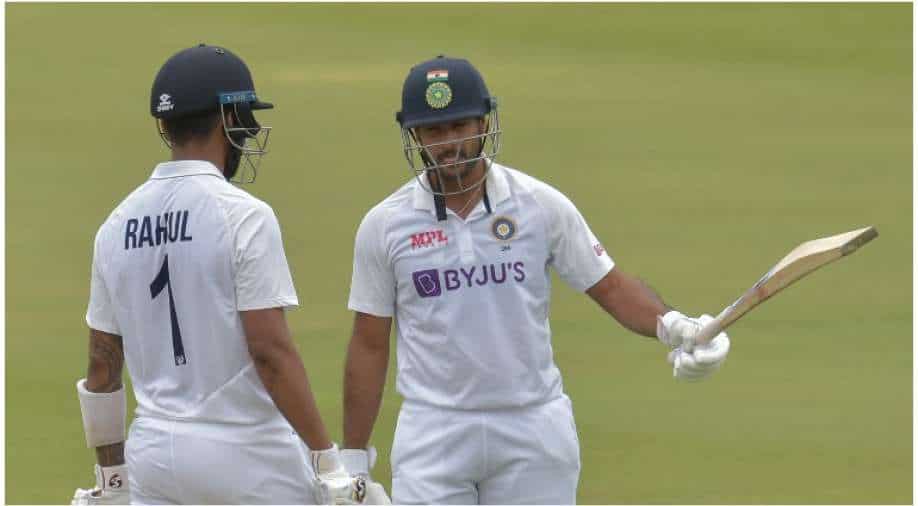 Former Pakistan skipper Salman Butt feels once Rohit Sharma is fit and back in the Test setup, India can drop a senior batter for Mayank Agarwal. Here's the player who should make way for Mayank in Butt's views:

Former Pakistan skipper Salman Butt is very vocal on various aspects of the gentlemen's game and often shares his views on several platforms. After Day 1 of the Centurion Test ended between India and South Africa, on Sunday (December 26), the tainted Pakistani cricketer has called for senior Indian batter Cheteshwar Pujara's omission from the Test line-up to make way for 'in-form' Mayank Agarwal once Rohit Sharma returns.

For the unversed, vice-captain Rohit Sharma isn't part of Virat Kohli-led India's three-match Test series versus Dean Elgar-led Proteas, in the rainbow nation, due to a hamstring injury. Mayank, on the other hand, had fallen behind in the pecking order due to Rohit, KL Rahul and Shubman Gill's presence but injury to Rohit and Gill made him the opener for the SA series.

Mayank cashed in the opportunity to score a free-flowing and attractive 123-ball 60 on the opening day of the Boxing Day Test between India and South Africa at the SuperSport Park, Centurion. He stitched an impressive 117-run opening stand with centurion KL Rahul (122 not out) and helped India close the day at 272-3. Meanwhile, Pujara's struggles continued as he was dismissed for a golden duck, his second overall, and fourth duck in the calendar year. Pujara's last international ton came in early 2019, hence, his spot is under the scanner.

Butt feels once Rohit is fit and back in the Test setup, Pujara can make way for Mayank. On his Youtube channel, the Pakistani stated, "He (Pujara) is not in form now. So you have to replace him when Rohit Sharma returns because you cannot drop an in-form player. And I was never in favour of that move. They left out Shreyas Iyer despite that performance (against New Zealand). India have always backed their senior players, which is good, but Pujara needs to score runs."

Thus, Pujara needs to be among runs in the remainder of the SA Tests in order to retain his spot in the purest format of the game. Meanwhile, Rohit is expected to be available for the three ODIs versus South Africa, starting early next year.

Talking about the Centurion Test, Day 2 got washed out without a ball being bowled due to rain showers. India will resume third day's play at 272-3 with Rahul and Ajinkya Rahane (unbeaten on 40) in the middle.