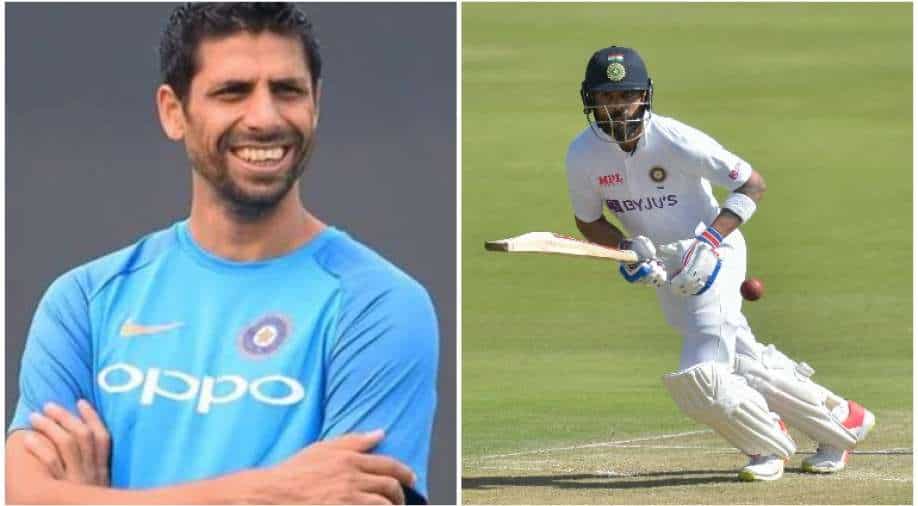 Former Indian pacer Ashish Nehra has made a bold prediction on Virat Kohli's after the proceedings on Day 1 of the Centurion Test.

India started Day 1 of the Centurion Test, versus South Africa, with a bang. Winning the toss and opting to bat first, Virat Kohli-led India were off to a flier courtesy openers KL Rahul and Mayank Agarwal. While Mayank fell for a well-made 60, Rahul continued from one end and took India to 272-3 at stumps on the opening day of the Boxing Day Test in the African nation.

As Rahul continued to score runs across formats, Kohli continued to remain away from his 71st international ton. His century-drought still didn't come to an end despite the 33-year-old Test captain making a good-looking 94-ball 35. Just when he was settled and looking good to stay unbeaten at stumps, the right-hander threw his wicket away by playing a loose shot off Lungi Ngidi.

Thus, Kohli's ardent fans continue to wait for the Indian skipper's 71st ton at the highest level. Former Indian pacer Ashish Nehra opined on the Indian star batter's dismissal and while he stated that the manner of his dismissal is a 'concern', Nehra was quick to predict that a masterclass innings from King Kohli isn't far away.

ALSO READ | He used to get upset when his name was not in the XI: Ashish Nehra heaps praise on young India pacer

Nehra told on Cricbuzz, "You expect runs from someone like Kohli. He would be unhappy with his performance. But if you look at the stats, Kohli has scored runs in the previous away series in England conditions. He has the hunger to score hundreds and double hundreds and he would be a bit unhappy with himself today.

"You expect Kohli to play those 135-150 kmph deliveries on the front foot but when the ball starts moving and gets bounce too, any player would face difficulties. We haven't seen the Kohli whom we saw in 2-3 years but once he gets out of this zone, he will be unstoppable. But Kohli's mentality and understanding of the game will help him score that much-awaited knock. He had scored 74 in the Adelaide Test against Australia this year and another such knock isn't far away," added Nehra.

Talking about the first Test, Day 2 of the series opener got washed out on Monday (December 27) without a ball being bowled due to rain showers. India will resume from 272-3 on the third day's morning session and hope to negate any threat from the Proteas bowlers before accelerating.

Kohli-led India have started really well and will hope their bowlers produce the goods to claim 20 wickets in the rain-marred Centurion Test.