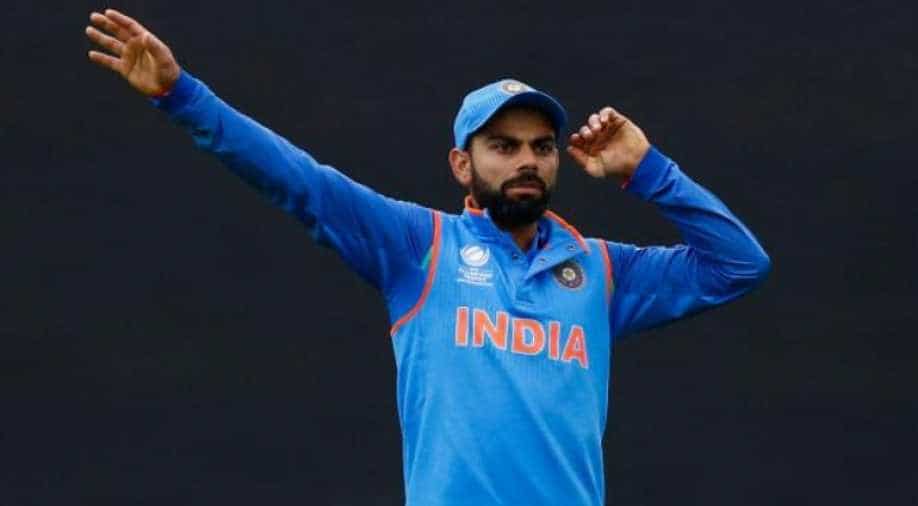 After dropping the catch, Virat immediately put his hands up and apologised.

India captain Virat Kohli, known for his fitness and strict training, dropped an easy catch of a New Zealand player Ish Sodhi in the third One-Day International on Monday.

In the 47th over, when the hosts were struggling after losing quick wickets, Sodhi was trying hard to push the run rate.

While trying to hit a big shot, Sodhi edged the ball high up on Mohammed Shami's delivery but Virat, the fielder under the ball, missed to grab the opportunity.

Virat immediately put his hands up and apologised.

He, however, took a catch of the same batsman in the same over without making any mistake at the long-on.

OUT! Virat makes on mistake this time. Sets himself, moving into position so quickly to take a comfortable and reassuring catch to make up for his previous error. #NZvIND #NZvsIND #INDvsNZ #INDvNZ #india #cricket #score #kohli

When You get one chance to Criticise but after That Virat covers with Run out n Catch😂🤭👀🐐👑 https://t.co/Y0UKDMZZJ7

Pandya seemed unfazed by the tribulations of the past few weeks when he jumped to the left of the mid-wicket to take the catch diving across.