Europa League: Barcelona held to a draw by Napoli after Ferran Torres' equalizer 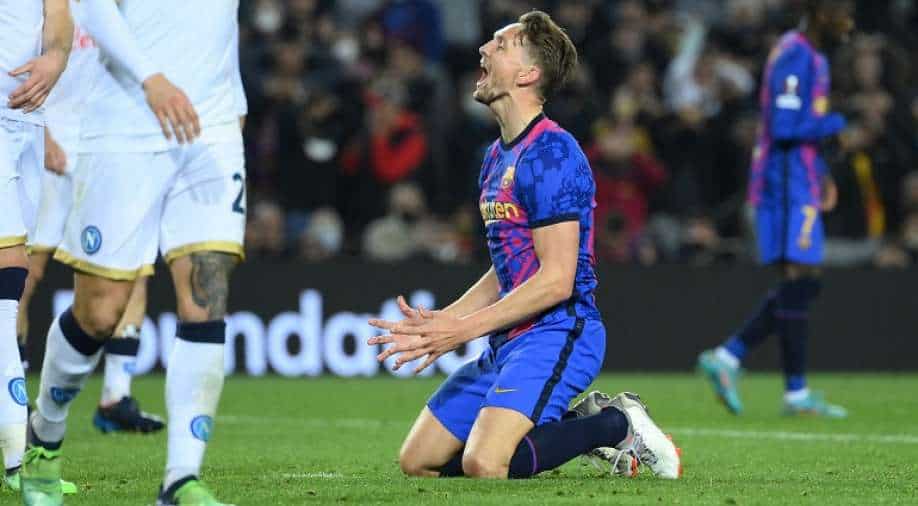 Barcelona failed to convert chances as the Spanish giants were held to a 1-1 draw by Napoli.

Xavi Hernandez was left to rue his Barcelona side's failure to convert chances as the Spanish giants were held to a 1-1 draw by Napoli in the first leg of their Europa League knockout stage playoff tie on Thursday.

Piotr Zielinski gave Napoli the lead in the 29th minute before Barcelona forward Ferran Torres equalised in the 59th minute from the penalty spot.

Barcelona were on the front foot throughout with their new attacking trio formed by fresh signings Torres, Adama Traore and Pierre-Emerick Aubameyang, but the Catalan side missed several chances to turn the match around.

"I'm sad because it makes me angry that (Barcelona) missed so many (chances) because it`s a game to, at least win," Xavi said.

"I think that the only thing that we lacked was to convert the chances. We were good in the high press. After going behind, we generated 20 chances and six or seven were very clear.

"(It was) a complete game. The result should be a victory and, being fair, by at least a couple of goals. We played well, but we're competing in the Europa League. This isn`t about feelings, it`s about results, and the game was excellent."

Barcelona travel to Italy for the second leg on Feb. 24.