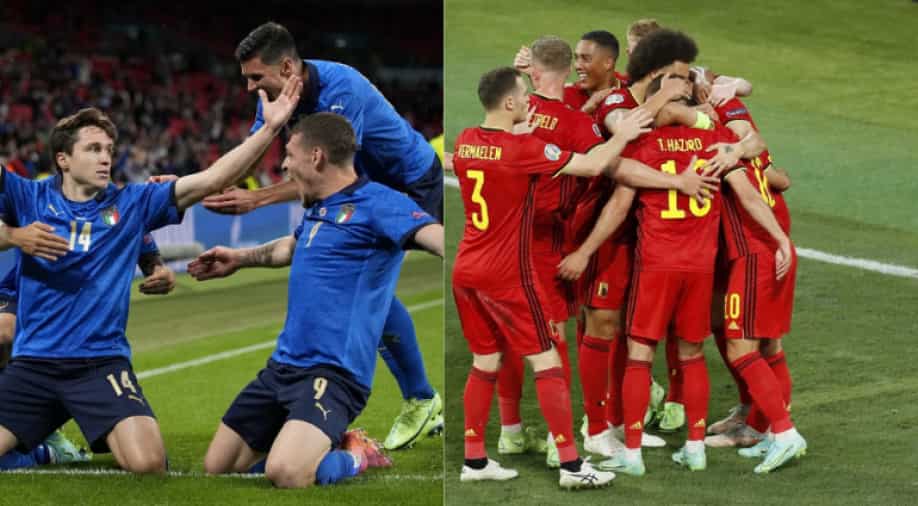 Italy have a phenomenal record against Belgium and have dominated 14 matches out of an aggregate of 23 matches played between the two teams. Belgium have overseen just five triumphs against Italy and should take it's anything but a score in this match.

Italy will take on Belgium in the quarter last of Euro 2020 in Munich. The two groups have won every one of the four matches they have played so far at Euro 2020.

In this manner, it will be a mouth-watering clash between two in-structure teams. Italy, who won the competition in 1968, are unbeaten in their last 30 matches under Roberto Mancini and that is an amazing record by any norm.

Belgium, then again, are the no. 1 team as per the FIFA rankings. They took out reigning champs Portugal in their Euro 2020 Round of 16. The two teams will fancy their shots at getting a triumph and it's anything but an acutely challenging match.

Italy have a phenomenal record against Belgium and have dominated 14 matches out of an aggregate of 23 matches played between the two teams. Belgium have overseen just five triumphs against Italy and should take it's anything but a score in this match. The last gathering between the two teams occurred at Euro 2016 and finished in a 2-0 triumph for Italy.

Romelu Lukaku has at last satisfied hopes in a significant competition and is among the top goal scorers with three goals in Euro 2020. With 69 goals in 97 appearances, he will attempt to score another goal versus Italy.

Kevin De Bruyne would drop back a piece on occasion to play passes and make moves from the center third too. Subsequently, Jorginho would need to assume an essential part in containing Kevin De Bruyne and grabbing the ball from him in the midfield. Although,  De Bruyne and Eden Hazard's involvement yet to be confirmed, Belgium are set to have the remainder of their squad available for the quarter-final.

Italy have conceded just a single goal at Euro 2020 up until this point and their goalkeeper Gianluigi Donnarumma was not really tried in the league stage. Belgium, then again, have scored eight goals at Euro 2020, and have probably the best attack.

Italy can flaunt their bench strength at Euro 2020, an alluring quality in competitive football. Football is a team game and Roberto Mancini has the freedom to call upon quality footballers from the bench to fill pretty much every position.

Italy have never lost to Belgium in a significant international tournament and have overseen three triumphs and one draw against their adversaries in the World Cup and the Euros. This clash between the two teams promises to be an exciting one.