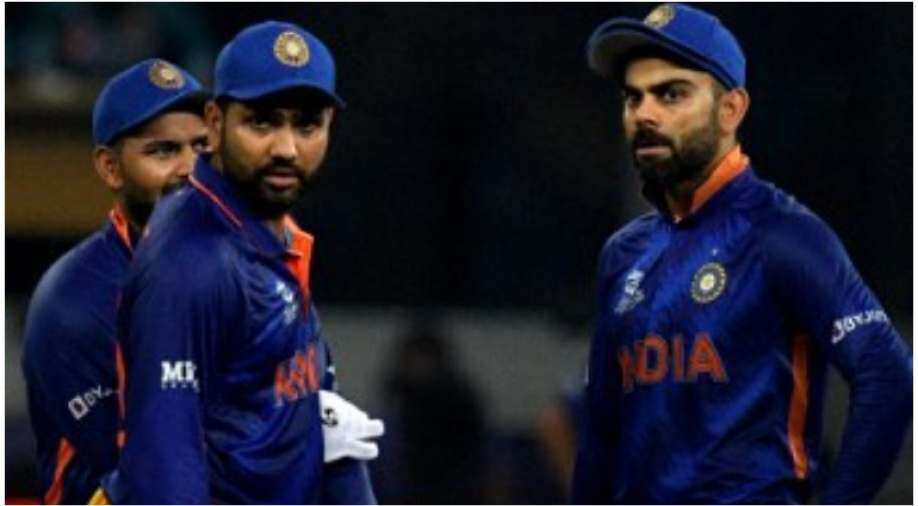 Many believe Virat Kohli's ODI captaincy was always under the radar ever since he decided to step down as the T20I skipper, citing workload issues. Hence, former India international Kirti Azad feels there's nothing wrong in Rohit Sharma's appointment as the limited-overs captain.

BCCI named Rohit Sharma as India's ODI captain on Wednesday (December 8). Thus, Rohit has now replaced Virat Kohli as the new limited-overs captain along with also being promoted as the Test vice-captain.

"The All-India Senior Selection Committee also decided to name Mr Rohit Sharma as the Captain of the ODI & T20I teams going forward," BCCI said in a statement while announcing the 18-man squad for the upcoming South Africa Tests.

Many believe Kohli's ODI captaincy was always under the radar ever since he decided to step down as the T20I skipper, citing workload issues. Hence, former India international Kirti Azad feels there's nothing wrong in Rohit's appointment as the limited-overs captain.

"Well, change is constant. This happens Rohit has been doing well and Virat had said that he wanted to be away from the captaincy in limited-overs. So, the right person to get into his place is Rohit Sharma. That's a call by the selectors. Virat wanted it but selectors thought that Rohit Sharma should come in and that's about it. I don't find anything wrong with it," said Azad while speaking to news agency ANI.

Kirti Azad also opined on Ajinkya Rahane's sacking as the Test vice-captain and said, "Every game that you play is a different game than the other. Yes, when you compare people you show records you say this guy was better and that guy was better. Somebody has got more centuries than the other but that doesn't mean one is better than the other. The importance of a player is not measured by his captaincy. Rahane is a very good player. His form was not good and keeping that in mind selectors have taken away the vice-captaincy. We try to read too much into it."

Coming to Rohit, he has led India whenever Kohli was rested and has already guided the national side to Nidahas Trophy and Asia Cup titles, both in 2018. He is also a proven leader in IPL, being the most-successful captain in the tournament with five titles for Mumbai Indians (MI).

Thus, Rohit-Rahul Dravid are now expected to end India's eight-year-long ICC-title drought in the coming years, which is filled with plenty of ICC events in white-ball formats.