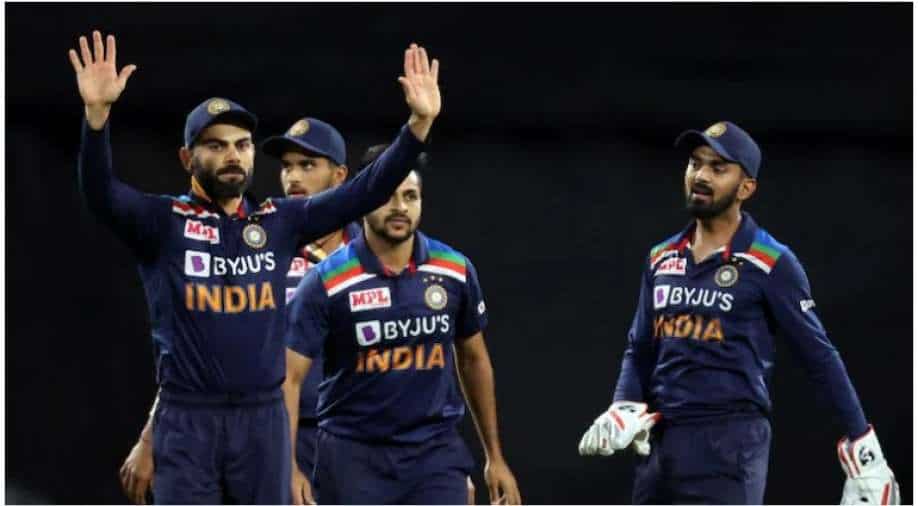 Under Virat Kohli, India had a great run in ODIs and T20Is with plenty of success in bilateral series, however, the Men in Blue couldn't end their eight-year-long ICC-title drought.

BCCI, on Wednesday (December 8), named Rohit Sharma as Team India's ODI captain. Virat Kohli got replaced as captain in the 50-over format after he had already resigned as the T20I skipper. Thus, Rohit will now be in-charge of the limited-overs sides but Kohli will continue to serve as the Test captain, with Hitman as his deputy.

Under Kohli, India had a great run in ODIs and T20Is with plenty of success in bilateral series, however, the Men in Blue couldn't end their eight-year-long ICC-title drought. While many believe Kohli was set to be replaced as ODI captain as soon as he had decided to step aside as the T20I skipper, the 33-year-old hadn't mentioned that he is willing to give away the top job in the 50-over format as well.

"It is right to say that Kohli has been sacked. He made the announcement while leaving the T20I captaincy and could have confirmed that he does not want to continue as ODI captain as well," Karim said on the YouTube show Khelneeti. "This meant he wanted to remain ODI captain. Not being able to win an ICC trophy could have cost Virat Kohli the ODI captaincy," he added.

"(Rahul) Dravid has often put emphasis on having clear communication with players. So, when it comes to taking such a big decision, I believe someone would have surely talked to Kohli," Karim concluded.

Recently, BCCI chief Sourav Ganguly had also opened up on Rohit replacing Kohli as the limited-overs captain. "It's a call that the BCCI and the selectors took together," Ganguly told ANI. "Actually, the BCCI had requested Virat to not step down as the T20I skipper but obviously, he did not agree. And the selectors then did not feel it right to have two different captains for two white-ball formats. So it was decided that Virat will continue as Test captain and Rohit will take over as the white-ball captain. I as President personally spoke to Virat Kohli and the chairman of selectors has also spoken to him," he added.

The onus has, thus, shifted on Rohit to take India to greater heights and add more ICC titles in the shorter formats. The 34-year-old will take charge of the team for the first time, as full-time limited-overs captain, during the forthcoming South Africa ODIs in the African nation, in early 2022.