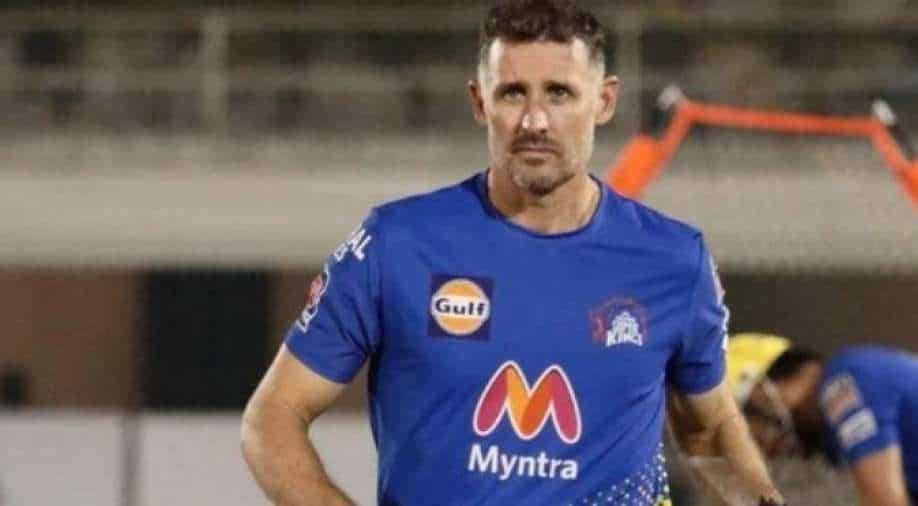 Chennai Super Kings batting coach Michael Hussey has returned COVID-19 positive for the second time and will continue to recover in India.

Chennai Super Kings batting coach Michael Hussey has returned COVID-19 positive for the second time and will continue to recover in India. While most of the 38-member Australian contingent, participating in the IPL 2021, is now in the Maldives and are waiting for government clearance on the travel ban on May 15, Hussey remained in India after testing positive for the dreaded virus.

The BCCI arranged a charter flight to the Maldives for Australian cricketers, coaches, umpires, commentators as they followed Michael Slater to the island nation after IPL 2021 was postponed last week.

Hussey, after testing positive for COVID-19 in Delhi, was airlifted to Chennai on May 6 and continues to remain in isolation. According to the BCCI protocols, a member needs to return two consecutive negative tests to leave the isolation.

“He tested negative before getting on an air ambulance from Delhi to Chennai (on Thursday). He is doing fine. All other overseas personnel have left, head coach Stephen Fleming will be flying out tomorrow,” CSK CEO Viswanathan had said.

ALSO READ: New Zealand cricketers in IPL 2021 may leave for UK from Maldives over the weekend: Gary Stead

However, Hussey has now returned positive again and is at the COVID-19 facility in Chennai along with New Zealand cricketer Tim Siefert of Kolkata Knight Riders.

“It’s horrific what’s taking place in India at the moment with the pandemic and I’ve been blessed with the great support I have received. I’m grateful for all the messages of support from cricket fans in India and Australia,” he said in a statement.

Meanwhile, there have been no talks on an alternate window for the postponed IPL 2021 but reports have surfaced that the BCCI may eye a September window for the T20 tournament.