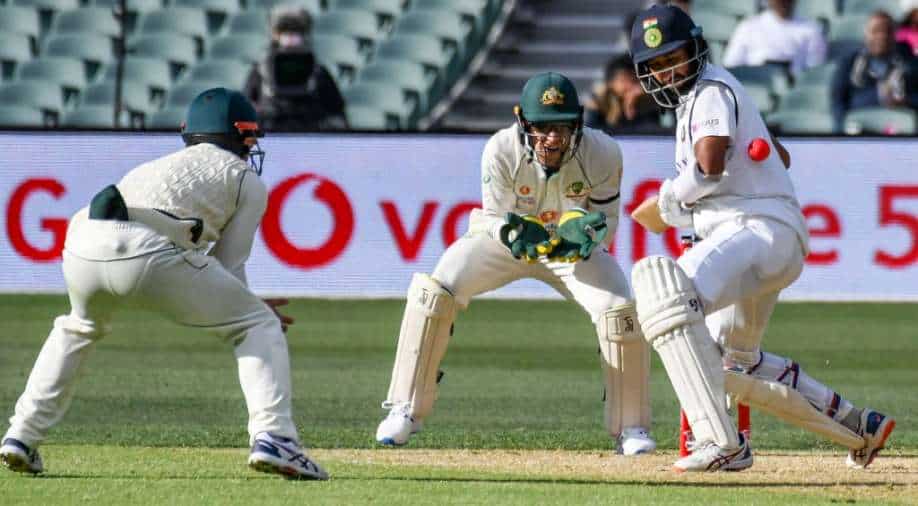 Australian opener Marcus Harris, recently, recalled the brave knock played by Pujara at the Gabba and said that he batted "like an Australian".

Cheteshwar Pujara's performance in the Australia tour earned him a lot of praise. He stood like a wall in front of the best Australian bowling attack, especially during the fourth Test at the Gabba. Pujara suffered multiple blows but stood tall and scored a gritty 56 runs that proved vital in Team India's win against the Aussies.

ALSO READ: 'Felt somewhere that my name might pop up': Chahal on squad for England tour

Australian opener Marcus Harris, recently, recalled the brave knock played by Pujara at the Gabba and said that he batted "like an Australian".

“The final day was amazing to watch. We were thinking the whole day if they would go for the runs or not. I think Rishabh played the best innings that day, but for Pujara to be copping an absolute barrage from everyone, it felt like he batted a bit like an Australian, taking everything on the chest and getting on with it. The rest of the team just batted around him," Harris said on ‘Cricket Life Stories’ YouTube channel.

However, former Indian opener Wassim Jaffer took a dig at Harris' comments and tweeted: "Wonder why the Australians didn't bat like Australians."

Harris even lauded Pant for his "unbelievable" innings that helped Team India breach the fortress of Gabba.

“Rishabh Pant’s innings was unbelievable. Everyone says he has magic in him, and he has showed that a few times now. It was disappointing to lose the series but sometimes in cricket you just have tip your hat and say they were too good for us," Harris signed off.