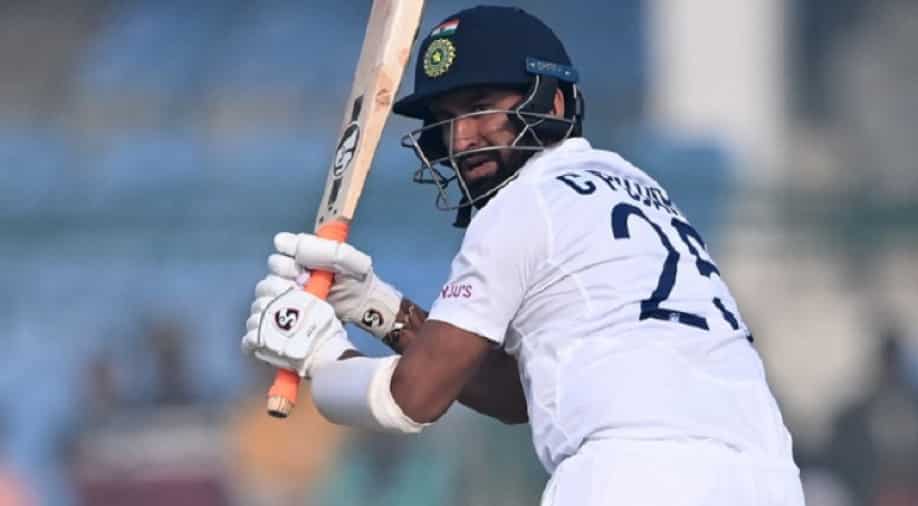 Cheteshwar Pujara is back in India's squad for the one-off Test against England Photograph:( AFP )

Cheteshwar Pujara earned his place back in the squad after a host of strong performances for Sussex in County Championship Division 2 including two double centuries.

Cheteshwar Pujara made a well-deserved comeback to the Indian cricket team squad for the rescheduled 5th Test against England, which will be played in Birmingham in the first week of July.

Pujara earned his place back in the squad after a host of strong performances for Sussex in County Championship Division 2 including two double centuries.

Even the wicketkeeping department saw some development as KS Bharat has been named as backup to first-team Rishabh Pant. The rest of the squad, though, is more on similar lines with Rohit Sharma leading the team. KL Rahul was appointed his deputy as the top order remains similar.

Prasidh Krishna is the new face in the bowling attack after a good showing in IPL 2022.

Shubman Gill and Shreyas Iyer have enjoyed a good outing in the ongoing Indian Premier League (IPL) 2022 and it will not come as a surprise if one of them can find a place in the playing XI. Gill had a good show in England earlier and a return can be one on the cards for the youngster.