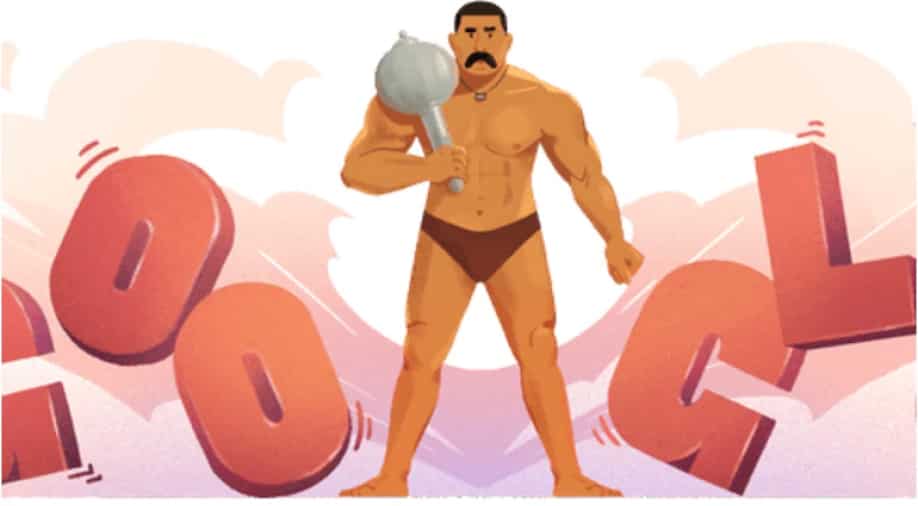 The Google Doodle on Sunday paid tribute to the legendary personality with an animated picture of him by artist Vrinda Zaveri carrying the famous mace.

A wrestler par excellence and a philanthropic by nature – Gama Pehalwan was a name synonymous with India around the world. The undefeated wrestling world champion, who was also known as Rustam-e-Hind, was well known for his moves on the mud and in the pre-independence era, he was the most successful name in his sport. The Google Doodle on Sunday paid tribute to the legendary personality with an animated picture of him by artist Vrinda Zaveri carrying the famous mace.

The legends surrounding Gama Pehalwan has been prevalent for quite some time with stories suggest that he had a workout regime of 500 lunges and 500 push-ups at the age of just 10. Google says that he won a lunge contest in 1888 and became the World Heavyweight Champion by 1910.

He won a huge number of accolades all around the world and he was also presented with a sliver mace (the one featured in the Google Doodle) by The Prince of Wales during his visit.

Bruce Lee is also a huge admirer of Gama Pehalwan and he even used some of his training techniques. The conditioning and strength exercises apparently helped him in increasing his strength and he has praised Gama a number of times during his interviews.

There is another major accolade attributed to his name as legend suggests that in 1902, he lifted a stone which weighed somewhere around 1,200 kg. The stone can still be seen at a Baroda Museum.

Post-independence, Gama went to Lahore in Pakistan and he finally passed away in 1960.