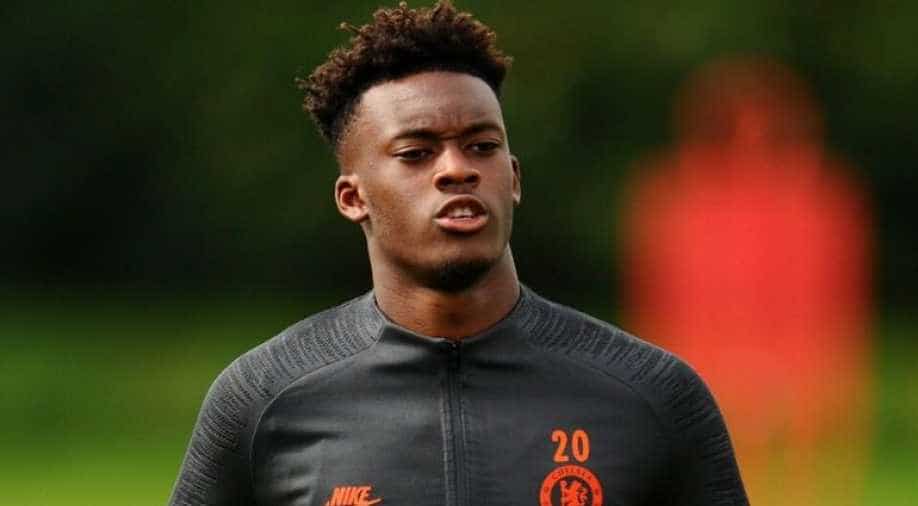 "Callum displayed symptoms similar to a mild cold on Monday morning and has not been at the training ground since then as a precaution," Chelsea said in a statement.

Chelsea forward Callum Hudson-Odoi has tested positive for the coronavirus. As per the club's statement, all the first-team players and coaching staff will go into self-quarantine.

Chelsea are set to face Aston Villa on Saturday and the 19-year-old's positive test could lead to the cancellation of the match.

"Callum displayed symptoms similar to a mild cold on Monday morning and has not been at the training ground since then as a precaution," Chelsea said in a statement.

"However, his test came in positive this (Thursday) evening and he will undergo a period of self-isolation. Despite testing positive for the virus, Callum is doing well and looking forward to returning to the training ground as soon as it is possible."

"In the meantime, the men’s team building, one of several separate buildings at our training ground, will remain closed. The rest of our training facility, Stamford Bridge and other facilities are operating as normal," the club added.

Earlier, Arsenal coach Mikel Arteta was tested positive for the novel coronavirus, this has forced Gunners' first-team squad and the coaching staff into self-isolation.

Mikel Arteta was disappointed by the results, he said: "This is really disappointing but I took the test after feeling poorly. I will be at work as soon as I’m allowed."

The London based team has also shut down two of its training centres for a deep clean.

Premier League will be holding an emergency meeting today to discuss over continuity of the league amid the global pandemic.

Brendan Rodgers said that few players of Leicester City showed signs of coronavirus, and have been "kept away from the squad".