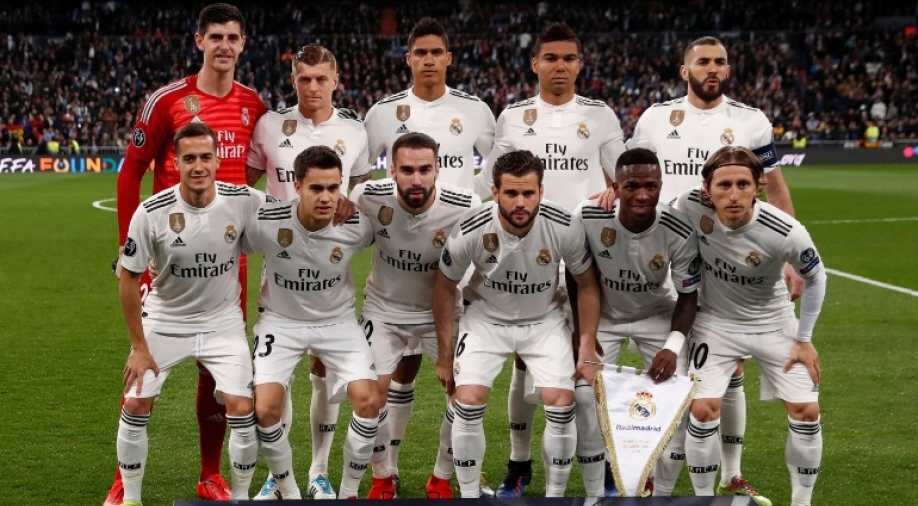 Spanish giants Real Madrid on Thursday stated that all the members of their squad have been quarantined after a member of Real Madrid's basketball team was tested positive for coronavirus. With Real Madrid being quarantined, question marks have been raised over their upcoming fixtures in La Liga and UEFA Champions League 2019-20

“Real Madrid CF reports that a player from our basketball team has tested positive for the COVID-19 coronavirus. Since then, the recommendation has been made to quarantine both the basketball first team and the football first team, given that the two squads share facilities in Ciudad Real Madrid. Likewise, it has been decided to close the facilities of our sports city and it is also recommended that all Real Madrid personnel who provide their services in Real Madrid City remain in quarantine. The matches that were scheduled for today and tomorrow, corresponding to the Euroleague basketball and La Liga soccer, will not be played,” a statement from Real on the club’s official website read.

Not a single training session was held in Madrid on Thursday ahead of the official announcement by the club. Now with the players being quarantined, the Los Merengues will also be forced to rearrange their clash with Valencia in La Liga, which was scheduled to be held on March 21.

With the quarantine period for COVID-19 being 15 days, the time-frame goes beyond their reverse clash against Manchester City, which is scheduled to be held at the Etihad Stadium in Manchester on March 17.

A La Liga statement read: "In view of the circumstances known this morning, referring to the quarantine established in Real Madrid and the possible positive tests from players at other clubs, La Liga considers that the circumstances now exist to continue with the next phase of action against COVID-19."

"La Liga agrees to suspend at least the next two matchdays," the statement added. "This decision will be re-evaluated after the quarantine at affected clubs and other possible situations that could occur have ended."