Roger Bannister, the first person to run a mile in under four minutes, dies at 88 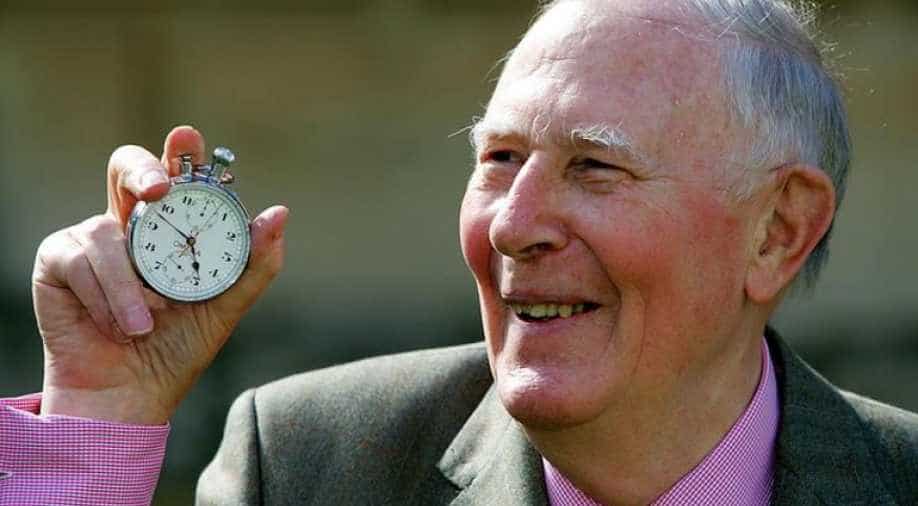 Record-breaking British athlete Roger Bannister, the first man to run a mile in under four minutes, has died aged 88, his family announced on Sunday.

"Sir Roger Bannister, died peacefully in Oxford on 3rd March 2018, aged 88, surrounded by his family who was as loved by him, as he was loved by them," his family said.

"He banked his treasure in the hearts of his friends," they added, in a statement published by the Press Association news agency.

Bannister gained global sporting glory on May 6, 1954, when he ran a mile (1.6 kilometres) in three minutes 59.4 seconds at the Iffley Road track in Oxford.

Seb Coe, president of the International Association of Athletics Federations, said Bannister`s death marked "a day of intense sadness both for our nation and for all of us in athletics".

"There is not a single athlete of my generation who was not inspired by Roger and his achievements both on and off the track," tweeted Coe, who won two Olympic gold medals in the 1980s.

Half a century later after Bannister`s record, the Royal Mint celebrated the occasion by issuing a 50 pence coin showing an athlete`s running legs against a stopwatch.

British Prime Minister Theresa May described Bannister as "a great British sporting icon whose achievements were an inspiration to us all".

Sir Roger Bannister was a great British sporting icon whose achievements were an inspiration to us all. He will be greatly missed.

"He will be greatly missed," she wrote on Twitter.

Despite being famed for breaking the four-minute barrier, Bannister said he felt a greater sense of achievement winning gold at the 1954 Commonwealth Games in Vancouver, beating his great rival Australian John Landy in a race later dubbed the "Miracle Mile".

"I think that racing in the Olympics and Commonwealths is more important than breaking records," Bannister said in 2014.

"Vancouver was the pinnacle of my athletics career. It is very difficult to break records during the Olympic competition, but winning races was better than holding world records."

The current one-mile record has since 1999 been held by Morocco`s Hicham El Guerrouj with a time of 3:43.13 secs.

But Bannister`s achievement has continued to inspire athletics enthusiasts, with the shoes he wore to break the four-minute barrier selling for a record.

By then Bannister was having trouble walking, let alone running, after revealing he was suffering from Parkinson`s disease.

The condition progressively damages part of the brain over time and is one Bannister was familiar with, even before he was first diagnosed a few years ago, from his lengthy career as the neurologist.

"Just consider the alternatives -- that is the way I look at it," he added. "Intellectually I am not (degenerating) and what is walking anyway!"