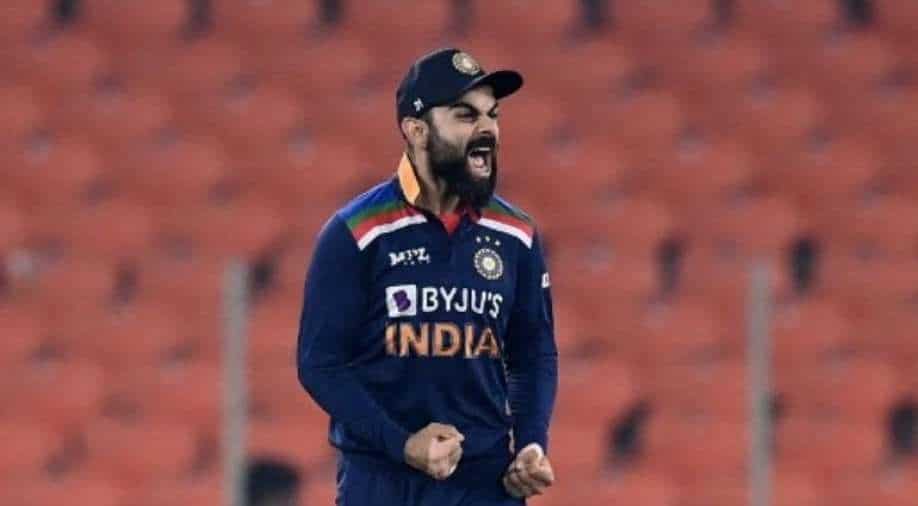 Ahead of India's campaign in the T20 World Cup, Virat Kohli's wax statue was unveiled at Dubai's Madame Tussauds. The right-hander's popularity keeps on increasing day by day.

Indian captain Virat Kohli is one of the most popular cricketers in the modern-era. The 32-year-old remains the poster boy of Indian cricket and has an immense fan-following worldwide. Ahead of India's T20 World Cup campaign, in the UAE, the right-hander added another feather in his illustrious hat as a wax statue on the Team India skipper got unveiled recently at Dubai's Madame Tussauds.

The news got shared on social media platforms and the picture of Kohli's wax statue is now doing the rounds on various platforms. Here's how the wax statue of the 32-year-old looks like:

At present, Kohli is involved in India's warm-up fixtures ahead of the main draw of the 2021 T20 WC in the UAE. Their campaign will begin with the Men in Blue facing the arch-rivals Babar Azam-led Pakistan on October 24, at the Dubai International Cricket Stadium, Dubai. For the unversed, India are placed in Pool B along with the Men in Green, New Zealand, Afghanistan whereas two other teams will join them from the qualifiers.

Kohli -- who has a total of 70 international tons and over 22,000 runs at the highest level -- is leading India for the final time in the shortest format in the T20 WC. Following the showpiece event, the right-hander will step aside as the T20I captain but will continue to lead in ODIs and Tests. Thus, he will be eager to sign off on a high as a T20I captain by leading the national side to their second title in the tournament history.