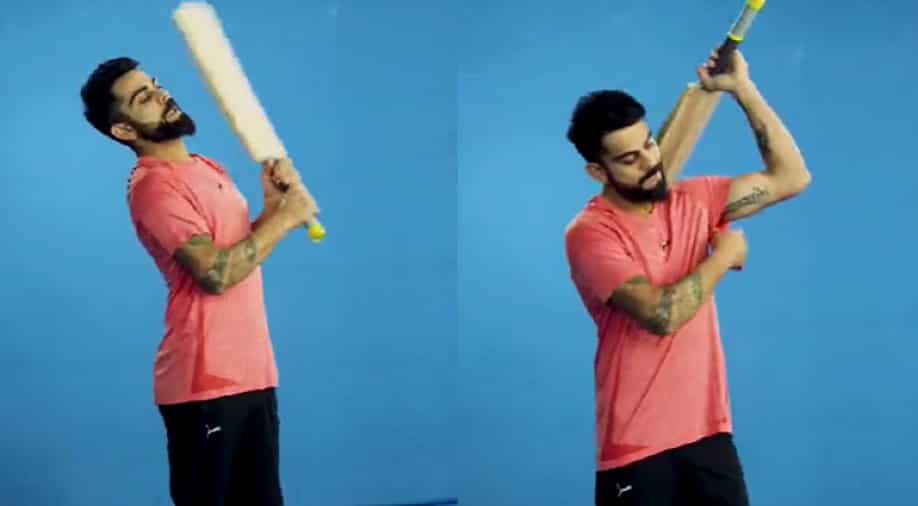 Indian skipper Virat Kohli was seen mimicking his Indian teammate Shikhar Dhawan in a video shared by him on social media.

Indian captain Virat Kohli is one of the most passionate characters on the field when he is playing for his team. However, off the field, he remains a gentleman who also likes to have fun and pull the legs of his teammates. Kohli is a master when it comes to copying the action of different players and has often mimicked some of his Indian teammates.

The Indian skipper was recently seen mimicking left-hand batter Shikhar Dhawan in a video shared by him on social media. In the video, Kohli can be seen trying to adjust his shirt exactly like Dhawan before taking his stance. He then goes on to copy Dhawan's upright stance and the way he leaves a ball while batting.

Kohli also tries to copy Dhawan's smile after mimicking leave. The video has become a hit among fans on social media and has gone viral in no time. "Shikhi, how's this one?," Kohli wrote on Twitter while sharing the clip. "I feel he is lost in his space so much. It's very funny. I have seen him so many times from the other end," the Indian skipper said in the video.

Kohli will be seen leading Team India in the T20 World Cup 2021 which got underway on October 17. India will open their campaign with a much-anticipated clash against arch-rivals Pakistan at the Dubai International Stadium in Dubai on October 24.

Ahead of their T20 World Cup 2021 opener, India will play two warm-up matches against England and Australia on October 18 and 20 respectively to fine-tune their preparations. India are placed in Group 2 of Super 12 along with Pakistan, Afghanistan and New Zealand.

The Men in Blue will face New Zealand on October 31 before taking on Afghanistan in their final league match on November 03.