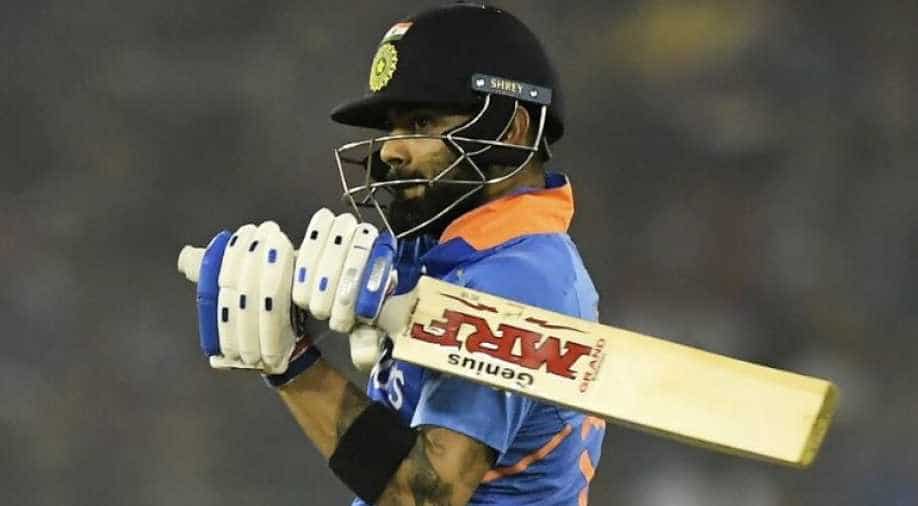 India's captain Virat Kohli plays a shot during the third one day international cricket match of a three-match series between India and West Indies at the Barabati Stadium in Cuttack on December 22, 2019. Photograph:( AFP )

Kohli’s 85 set up a successful 316-run chase on Sunday to win the third one-day international by four wickets and complete a 2-1 series triumph.

Indian Cricket team captain, Virat Kohli, announced that it had been a great year for the team after ending 2019 with a series-clinching win over the West Indies.

Kohli’s 85 set up a successful 316-run chase on Sunday to win the third one-day international by four wickets and complete a 2-1 series triumph.

"Apart from the 30 minutes in the World Cup, it's been a great year," Kohli said after his team's win in Cuttack.

The Indian team is ending the year- ranked number one in Tests and second in ODIs, with the only regret being a World Cup semi-final defeat to New Zealand at Old Trafford in July.

"We'll keep chasing that ICC trophy. But apart from that, the way we've played has been satisfying."

India leads the new world Test championship table with three series sweeps away to the West Indies and at home against South Africa and Bangladesh.

However, it was India's fast bowlers who stole the spotlight with their pace and control - even on spin-friendly Indian pitches.

Kohli was full of praise for his quicks across all formats despite the recent absence of yorker specialist Jasprit Bumrah who has been unavailable due to a stress fracture of the back since September.

"Having a bunch of fast bowlers who can bowl out any opposition anywhere, them taking the attention away from the spinners in India is a huge achievement," said Kohli.

Pace spearhead Mohammed Shami led the 2019 world wicket-taking charts with 42 in 21 ODIs. New Zealand's Trent Boult was next with 38 scalps.

Kohli ended the year with 1,377 runs in 26 ODIs, behind opener Rohit Sharma who topped the season's batting chart with 1,490 runs including seven centuries.