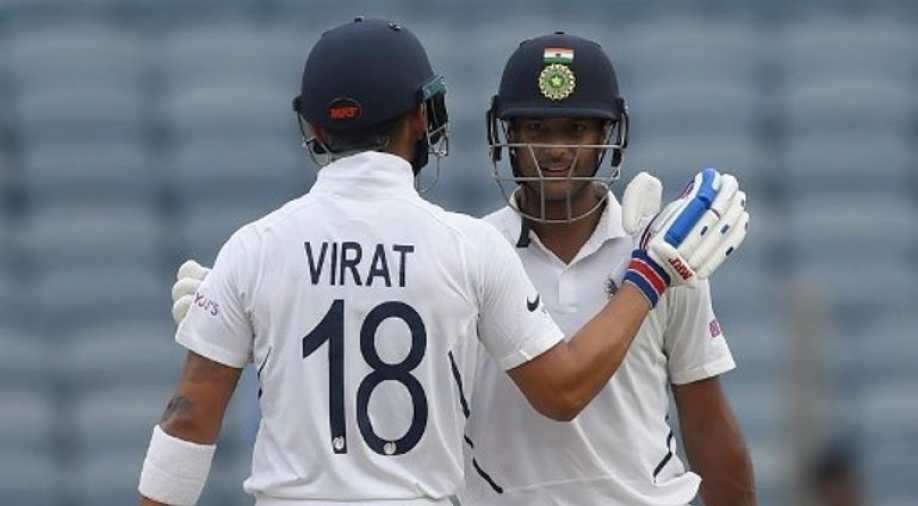 The conclusion of such a dominating series, it has brought a major rise in the ICC rankings of the Indian Players.

After the conclusion of the recent historic Day-Night Test match between India and Bangladesh, India swept the home test series against the Bangladesh.

India became the first team to win a test match by an inning's margins for the fourth consecutive time after defeating Bangladesh by an inning and 46 runs.

The conclusion of such a dominating series, it has brought a major rise in the ICC rankings of the Indian Players.

A dominating display by both bat and bowl has paid off for the Indian Team. Virat Kohli (ICC Test Rank No.2) manages to bridge the gap between Steve Smith (ICC Test Rank No. 1), after scoring a century in the last Test against Bangladesh in Eden Gardens, Kolkata. The career points between these two have come down to 3 points (Before it was 25 points).

Mayank Agarwal after being the highest scorer (257) with an average of 128.50 in the Test series against Bangladesh has entered the Top Ten and is now ranked 10th.

Ishant Sharma and Umesh Yadav are on career-high points tallies after the series. Ravichandran Ashwin moves one rank is now ranked 9, whereas Jasprit Bumrah slips to Rank No 5 (previously Rank No.4) after missing out on series against Bangladesh.

India tops the World Test Championship (WTC) Table with 360 points. A series win against New Zealand next year will book a spot in one of the top two spots on the table.

The top two teams at the end of the league will play the finals in the UK in 2021 and will be crowned World Test Champions.