Who is VK Sasikala? 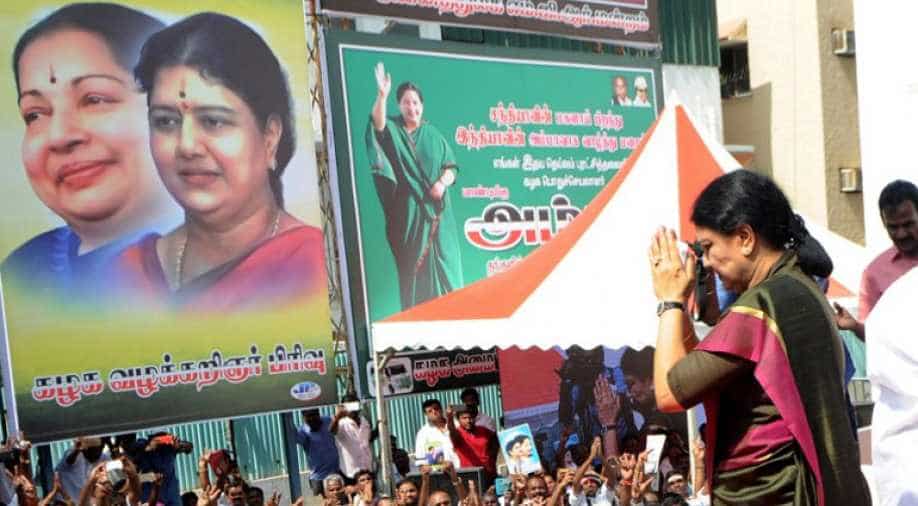 Sasikala's has been part of controversial scams in the 90s in which Jayalathiaa herself was implicated. Photograph:( AFP )

VK Sasikala, who is set to take over as the chief minister of the southern state of Tamil Nadu, was a close confidante of deceased chief minister J. Jayalalithaa. However, it was not always smooth sailing for the AIADMK leader as Jayalalithaa had expelled her along with her husband and relatives from the party in December, 2011 for allegedly working against the party, she was later reinstated after she made a written apology.

Sasikala's career in the AIADMK has been closely linked to the late Tamil Nadu chief minister J Jayalathiaa, interestingly she was also part of controversial scams in the 90s in which Jayalathiaa was also implicated.

Sasikala's name was linked with Jayalathiaa in the Tansi land acquisition case in the 1990s, the scam reverberated throughout the 90s leading to her arrest along with Jayalalithaa as recently as 2014.

Subramanian Swamy had filed a petition in 1996 against Jaya Publication and Sasi Enterprises, companies in which Jayalalitha and Sasikala had holdings, purchased lands of Tamil Nadu Small Industries Corporation (TANSI), in 1992. Both women were convicted in the lower court and sentenced to two years imprisonment in 2000. The conviction led to Jayalalithaa's disqualification from the Tamil Nadu assembly polls in 2001, even then Jayalathiaa took oath as the chief minister but she was disqualified from the chief minister's post by the Supreme Court which forced her to step down. The High Court finally closed the case in 2015, twenty-three years after it first shook Tamil Nadu politics. The land was returned to the government agency as per the Supreme Court's order.

Both leaders were also arrested over the colour TV scam in 1998 after they along with seven others were charged with misuse of chief minister's office to buy colour televisions at a higher price and allegedly receiving kickbacks worth over 10 crores. They were later acquitted as the court could not find evidence against them while seven others in the case were convicted by the lower court.

60-year-old Sasikala was born in 1957 in Mannargudi in Tiruvarur district of south Indian state of Tamil Nadu. Sasikala's closeness to Jayalathiaa started in the mid-70s, and by the late-80s she moved closer to the AIADMK leader, however, she remained Jayalalithaa's 'shadow' for most part of her life inside the AIADMK as she was rarely seen in public and stayed away from holding any political office or party post.

After Jayalalithaa's death in December 2016, the AIADMK general council unanimously appointed Sasikala as the party's general secretary, now after her appointment as the legislative head of the party and with the stage set for her elevation as the chief minister of Tamil Nadu it would be interesting to see whether she can emerge from 'amma's' shadow and assert herself as a true leader.