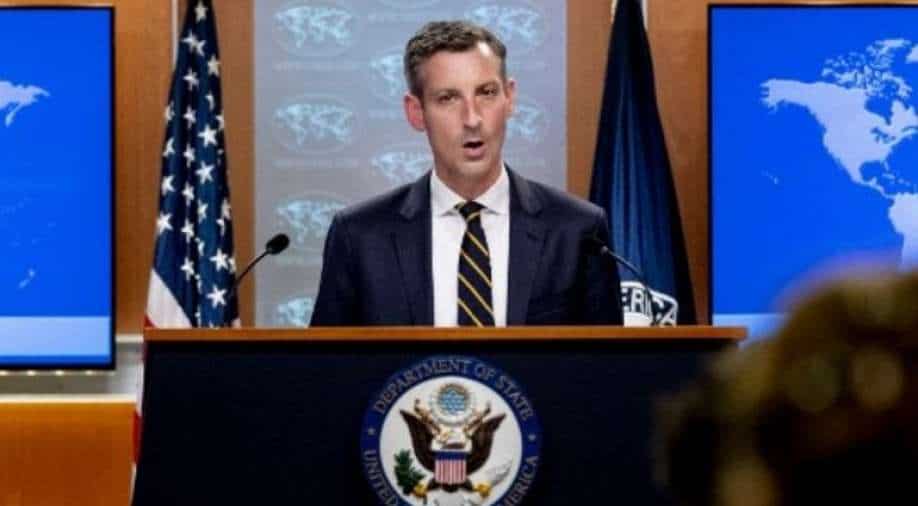 The US has been pushing governments not to recognise the Taliban administration in the hopes of gaining influence on important issues, including women's and girls' rights.

Due to logistical issues, the United States will not attend the "Troika Plus" meeting in Moscow this week, according to State Department spokesperson Ned Price at a press conference on Monday.

"We will not participate in the Moscow talks. The Troika Plus has been an effective, constructive forum. We look forward to engaging in that forum going forward, but we’re not in a position to take part this week … It’s just logistically difficult for us to take part this week, " Price said.

Russia, China, the United States, and Pakistan comprise the Troika Plus configuration.

On Friday, Russian Special Presidential Representative for Afghanistan Zamir Kabulov stated that the objective of the talks was to reach an agreement on a shared perspective on Afghanistan's changing situation.

The meeting is set to take place on October 19.

The US has been pushing governments not to recognise the Taliban administration in the hopes of gaining influence on important issues, including women's and girls' rights.

Price declined to elaborate on the practical problems that prevented the US from participating.

The discussions come amid an increasing disagreement over the number of diplomats the US is permitted to accredit in Moscow, despite Presidents Joe Biden and Vladimir Putin agreeing in June to pursue collaboration in other areas.