UNHCR on alert as 11,000 Rohingyas cross into Bangladesh in one day 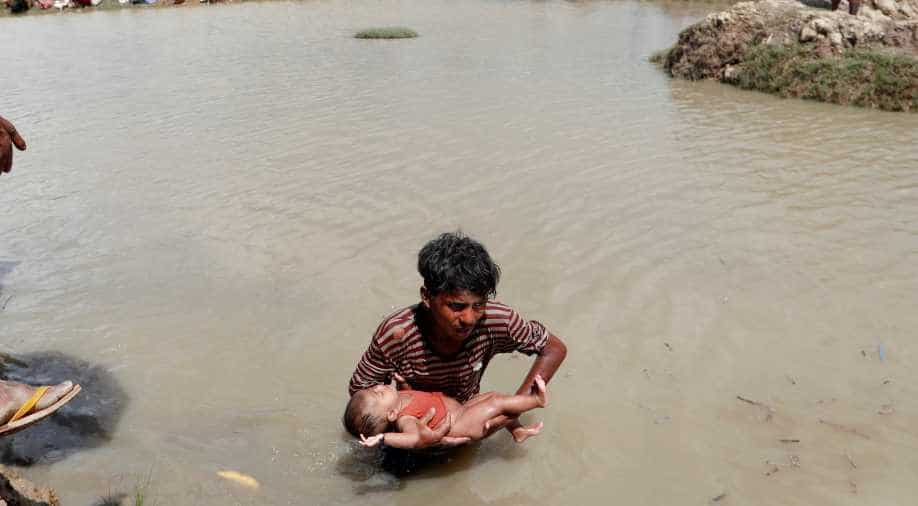 A Rohingya refugees walks with a baby in a rice field after crossing the border in Palang Khali, Bangladesh. Photograph:( Reuters )

United Nation refugee agency reported today over 11,000 Rohingyas crossed into  Bangladesh on Monday in a surprising move especially after the rate of influx had slowed to 2,000 per day.

"We're back in a situation of full alert as far as influxes are concerned. It is a big increase to see 11,000," Adrian Edwards, spokesman for the UN High Commissioner for Refugees (UNHCR) said.

Many of the refugees are reported to come from the Buthidaung area in Myanmar's northern Rakhine state, which is 20-25 kilometres east of Maungdaw, Reuters reported.

"We have had big numbers coming across by the day over the six weeks of this emergency. So we are back up to approaching some of those peak arrivals. Clearly we have to be prepared for more arrivals," he said.

"Some said they had fled torching and killings back home; one boy was seen with a big gash across his neck," Edwards added.

Authorities fear an outbreak of cholera could make matters worse as Bangladesh Cox's Bazar has seen several thousand refugees arriving in large numbers with poor facilities in most camps with the local administration struggling to put things in order.

International agencies and governments in western nations have strongly condemned Myanmar's handling of the Rohinga crisis.

"This is for peace and stability," party spokesman Aung Shin told Reuters after the inter-faith prayers.

"Peace in Rakhine and peace nationwide."