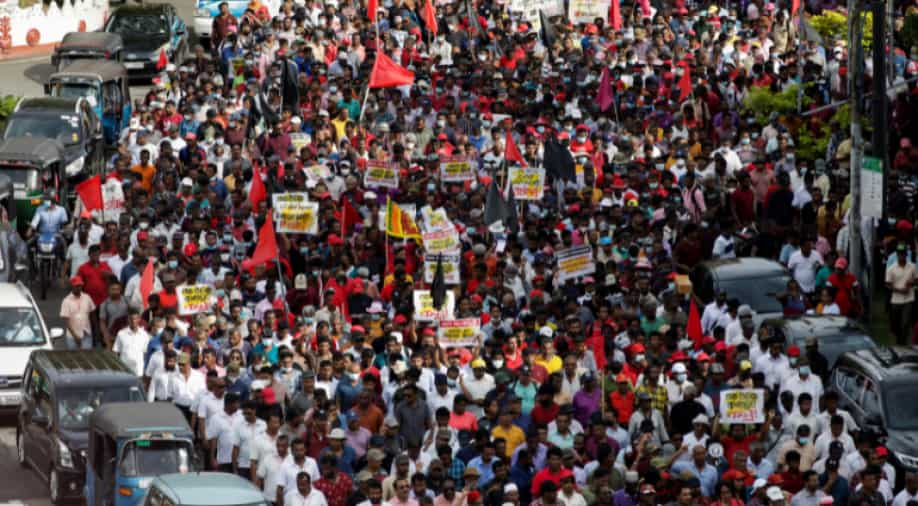 Sri Lanka, which has a population of 22 million, is suffering from its worst economic crisis since its independence in 1948

He said, "We need to restore political stability to successfully meet the economic crisis."

"The entire cabinet, including the prime minister, should resign and [there should be] an interim cabinet that can win the confidence of all," he added in a statement on his Facebook page.

Sri Lanka, which has a population of 22 million, is suffering from its worst economic crisis since its independence in 1948. As a result, there are acute shortages of food, fuel, and lengthy power blackouts.

It has triggered a wave of protests against the island nation's beleaguered prime minister and his family.

To curb them, Sri Lankan police used tear gas and amid clashes with protesters, one demonstrator died.

"Police will carry out an impartial and transparent inquiry regarding the incident at Rambukkana which led to the tragedy for which I'm deeply saddened. I urge all citizens to refrain from violence as they protest," he added.

According to Sri Lankan Foreign Minister G. L. Peiris, "Assistance by the IMF will take about six months to come to us and it will come in tranches."

"During the intervening period, we need to find funds to keep our people supplied with essentials."

The Rajapaksa family has been accused of nepotism and corruption as most of its family members were a part of the government's cabinet.

President Gotabaya Rajapaksa removed his brothers Chamal and Basil from the cabinet after facing intense pressure.

Calling the move ''cosmetic,'' the protestors camped outside Rajapaksa's office asking him to resign.

Former media minister Dullas Alahapperuma said, "I urge the President to appoint a smaller cabinet with a genuine consensus representing all parties in parliament for one-year maximum."