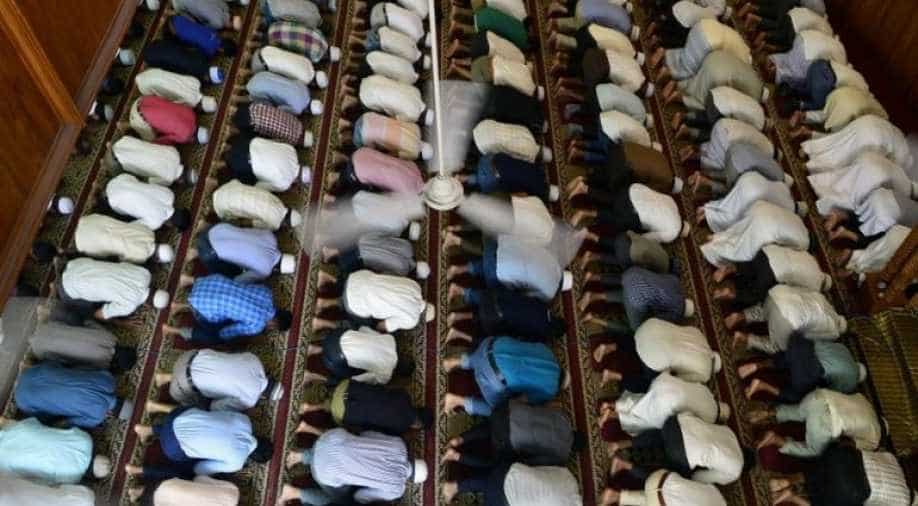 Police said security would remain tight over the weekend for a major Buddhist festival as well as the 10th anniversary of the ending of the country's decades-long Tamil separatist war.

Sri Lanka's minority Muslims attended Friday prayers as heavily armed troops and police guarded all mosques, including those badly vandalised in riots in the wake of the Easter terror attacks.

Police said security would remain tight over the weekend for a major Buddhist festival as well as the 10th anniversary of the ending of the country's decades-long Tamil separatist war.

Clerics said some of the damaged mosques cleared out glass shards and other debris and conducted services with attendance at a high level.

"We had about 450 to 500 people," MIM Siddeeque, the trustee of the riot-hit Kinyama mosque in the worst affected North-Western Province told AFP by telephone.

"There were six soldiers outside the mosques and many more police at the top of the road."

Siddeeque said his mosque was cleared of the debris, but windows, furniture and the public address system were yet to be replaced.

In the town of Minuwangoda, the faithful packed the first floor of the two-storeyed Hujjaj mosque to pray even though repairs were yet to begin.

Local residents said Buddhists and Catholic priests were also present as a sign of solidarity with Muslims community.

Police said there were no major incidents although sporadic clashes were reported from a handful of places.

"Police are firmly in control and the situation is fast returning to normality," a senior police official told AFP. A nationwide night curfew was lifted Thursday.

The riots came three weeks after suicide bomb attacks on three churches and three luxury hotels in Colombo, killing 258 people. The April 21 attacks were blamed on a local jihadi group.

This weekend Sri Lanka celebrates Vesak which marks the birth, enlightenment and the passing of the Buddha over 2,500 years ago on Saturday and Sunday.

The most important Buddhist celebration coincides this year with the country marking a decade since ending a 37-year-separatist by annihilating the entire leadership of Tamil Tiger guerrillas.

The head of the Tamil Tigers, Velupillai Prabhakaran was killed 10 years ago Saturday while the government declared an end to the war a day later.

President Maithripala Sirisena and Prime Minister Ranil Wickremesinghe are due to attend several ceremonies in and around Colombo on Sunday to pay tribute to over 28,000 security personnel who died during the nearly four-decade-long war.

The minority Tamil community too is expected on Saturday to pay tribute to their war dead, including Tiger rebels at low-key ceremonies in the northeastern district of Mullaittivu where the final battles were fought.