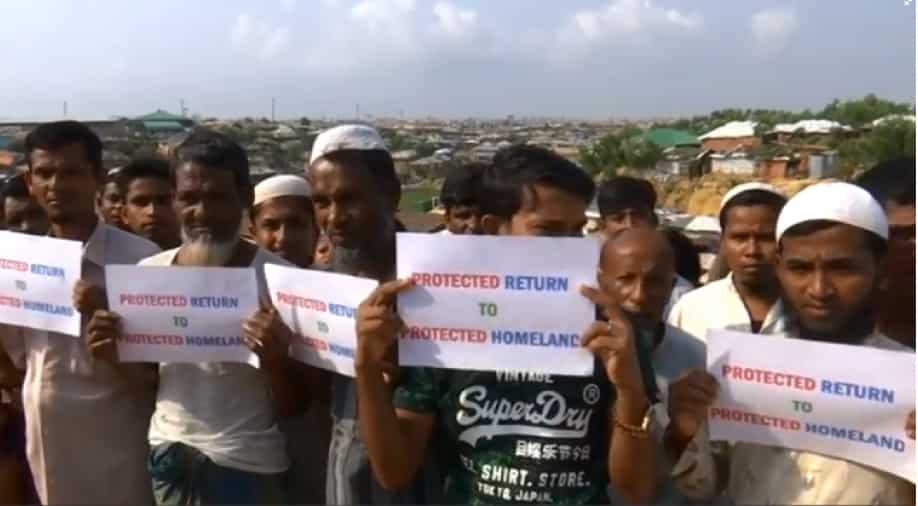 A group of Rohingya refugees held a rally at a camp in Bangladesh early on Sunday, demanding that their Myanmar citizenship is restored and that the United Nations protect them and their homes if they are repatriated.

Carrying photocopied signs reading "Protected Return to Protected Homeland", the refugees sought to make their voices heard as a UN Security Council (UNSC) delegation visited camps to see firsthand the aftermath of a Myanmar military crackdown that Britain, the United States, and others have denounced as ethnic cleansing of Rohingya Muslims.

"We hope the UNSC will probe and settle our difficulties," said Abdul Rahim one of the few dozen rally participants at the Kutupalong camp.

Rohingya insurgent attacks on security posts in Rakhine on Aug. 25 sparked the military operation that has sent nearly 700,000 Rohingya fleeing to camps in Cox's Bazar in Bangladesh.

Buddhist-majority Myanmar has for years denied Rohingya citizenship, freedom of movement and access to many basic services such as healthcare and education. They are considered illegal immigrants from mainly Muslim Bangladesh.

Fleeing refugees have reported killings, rapes, and arson on a large scale. Myanmar has said its operations in Rakhine were a legitimate response to attacks on security forces by Rohingya insurgents.