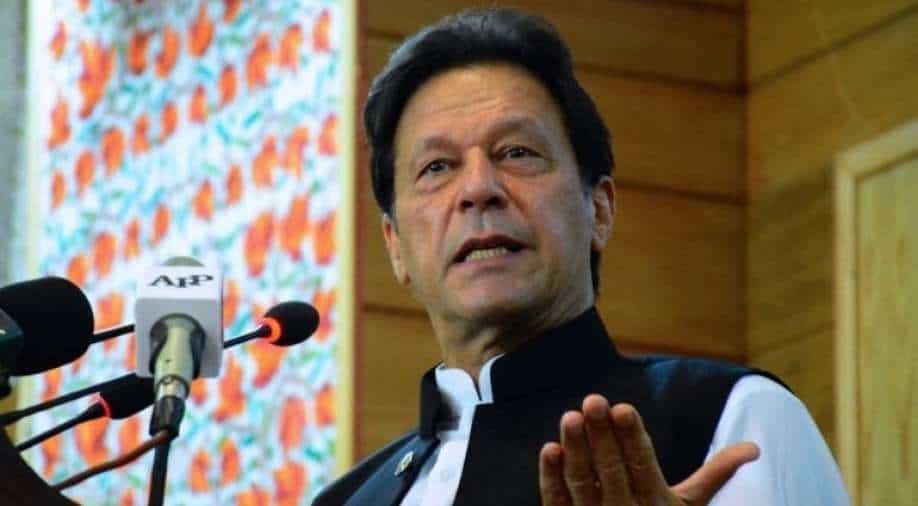 Khan, 69, is heading a coalition government and he can be removed if some of the partners decide to switch sides. Photograph:( AFP )

The sharp increase in the food prices in Pakistan has again pushed the inflation up, forcing people to face difficulties amid multiple economic challenges faced by the country

The recent surge in prices in Pakistan has galvanised the opposition's plan to bring no-confidence vote against Prime Minister Imran Khan.

The sharp increase in the food prices in Pakistan has again pushed the inflation up, forcing people to face difficulties amid multiple economic challenges faced by the country.

It comes after Pakistan Democratic Movement chief had announced that the alliance has unanimously decided to move a no-confidence motion against the incumbent Pakistan Tehreek-e-Insaf (PTI) government led by Khan.

However, he had also said, "We will first do our homework, so we cannot talk about the definite timeframe for this move."

Inflation measured through the Sensitive Price Index</a> (SPI) posted an increase of 0.08 per cent for the week driven by a sharp increase in the prices of essential food and non-food items, data released by the Pakistan Bureau of Statistics (PBS) showed.

In recent months, the highest weekly inflation</a> jump was recorded last November with rise of 1.81 per cent.

Data for the July-December period showed that imports jumped to USD 39.91 bn from USD 24.47 bn a year ago. In contrast, exports during July-December also grew 25 per cent to USD 15.13bn compared to the year-ago period, reported Dawn.