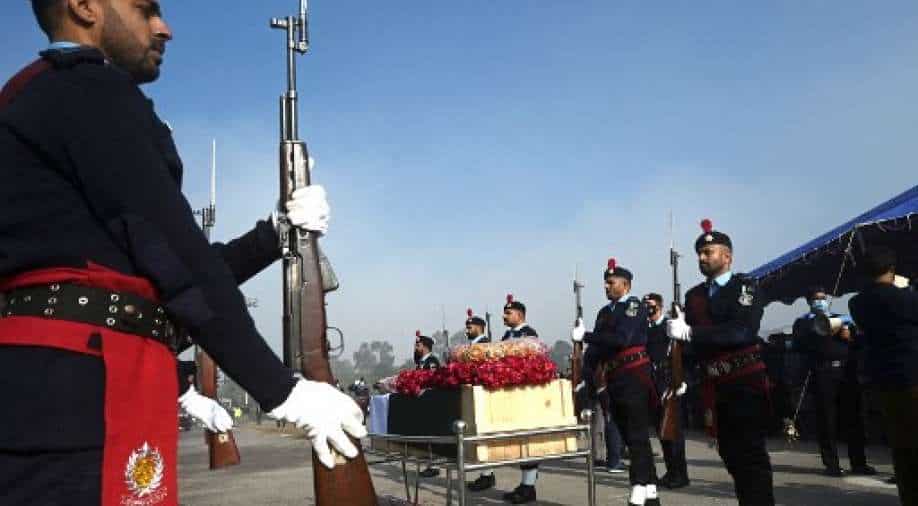 A policeman was killed, and two others were left injured after two masked men riding a motorcycle opened fire at a police checkpoint in Pakistan’s capital Islamabad city.

The incident has shocked everyone, with police describing the late-night shootout as a “rare security breach” in the city, which hosts more than a dozen embassies.

The Monday night gun battle, in which two militants were also shot dead, took place in the vicinity of the Karachi Company police station.

The country’s interior minister Sheikh Rasheed has warned of more terrorism-related incidents in the federal capital.

“This was not an incident of dacoity or theft. Terrorists opened fire on them [police officials]. This is a signal for us that terror incidents have started taking place in Islamabad,” he said while speaking to journalists after the deceased police officer’s funeral prayers.

The interior minister said authorities needed to remain alert, as he noted the incident was "purely of terrorism". Rasheed said the authorities had tracked down the "sleeper cell" of the terrorists through their motorcycle.

"Islamabad police and other forces are on alert."

The martyred police official has been identified as Head Constable Munawwar, while the injured include Amin and Rashid, a spokesperson for the police said.

TTP is an umbrella group which shares its common roots from the Afghan Taliban.

In November, Pakistan announced a month-long cease-fire with the TTP. The group has been behind numerous attacks on security forces and civilians over the last 14 years.

The cease-fire ended on December 9 and since then, the group has resumed attacks. The Taliban, who brokered the monthlong truce, have assured Islamabad that they will not allow TTP to use Afghan soil for violence in Pakistan.

Pakistani authorities say the talks with the TTP failed because they presented demands that were non-negotiable. The demands have not been publicly disclosed.