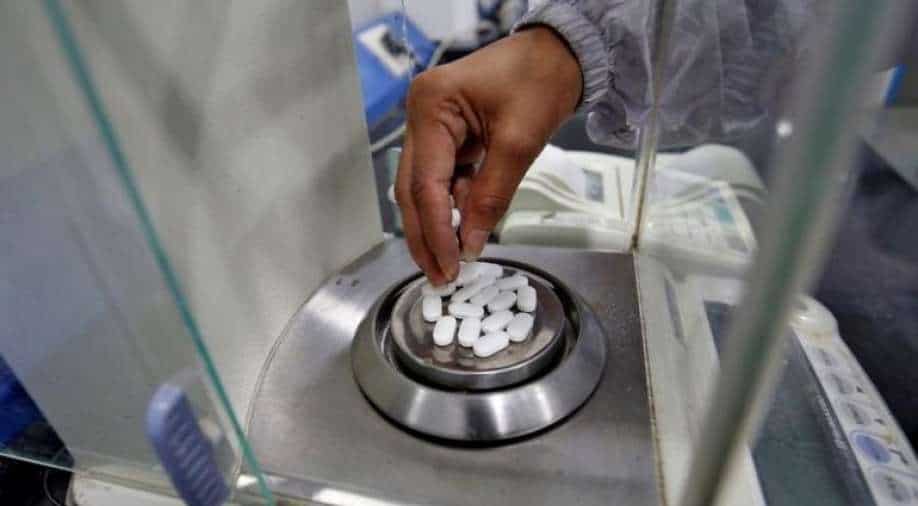 A pharmacist checks weight of Paracetamol, a common pain reliever also sold as acetaminophen, tablets inside a lab of a pharmaceutical company on the outskirts of Ahmedabad, India Photograph:( Reuters )

The Drug Regulatory Authority of Pakistan has issued a notice to 15 pharmaceutical companies for failing to manufacture Paracetamol despite having licenses.

The most commonly prescribed medicine for coronavirus patients has disappeared from many pharmacies and is reportedly being sold in the black market, reported DAWN.

The shortage of Paracetamol has been attributed to the rising number of dengue cases and the subsequent demand for the painkiller.

While dengue season is coming to an end, the demand further increased because of a new variant of Covid-19 for which Paracetamol was prescribed to almost every patient.

Pakistan is currently facing the fifth COVID-19 wave and the number of active cases across the country has crossed the 100,000 mark.

The country's national positivity rate is at 9.65 per cent and National Command and Operation Centre recorded 32 deaths across the country over the past 24 hours.

Amid the rapid spread of the Omicron variant, COVID-19 curbs in the country have also been extended from 31 January to 15 February as thousands of people continue to contract the infection.

180 million vaccine doses have been administered and 2.5 million people have been inoculated with booster shots across the country so far, as per Minister for Planning Development and Special Initiatives Asad Umar.