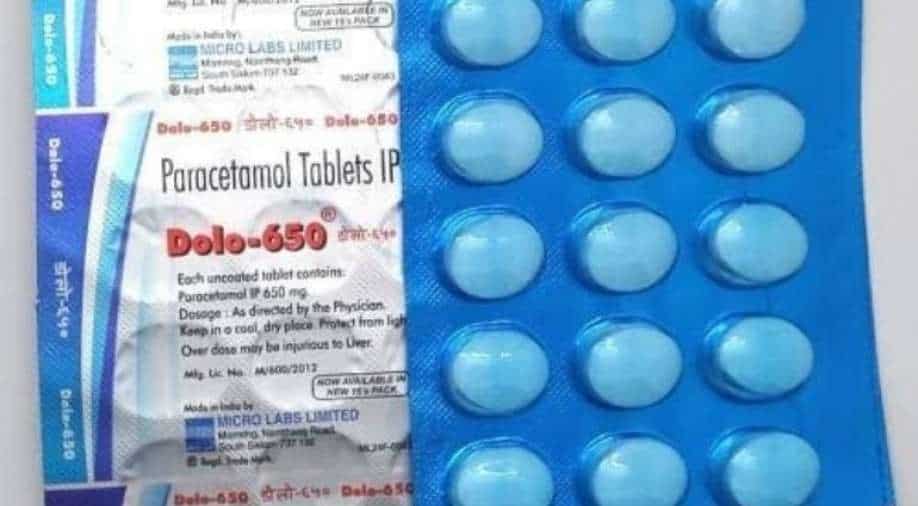 If you believed the pandemic was finally over, you were mistaken.It has reared its ugly head by releasing Omicron, a new variant.

Since COVID-19 cases have been on the rise, demand for the drug Dolo 650 has been high.

Dolo 650 is a popular painkiller that can be found in almost every home and is used to treat aches, pains, and fevers.

According to data, since the outbreak of COVID-19 in 2020, India has sold more than 3.5 billion pills of the anti-fever drug.

Fever, one of the most common symptoms of COVID-19, has pushed sales of this oval-shaped white pill to treble in the last two years, despite the fact that paracetamol pills are the most commonly used cold and fever treatments.

As India grapples with the third wave of Covid, Dolo 650, which has clocked sales of Rs 5.7 billion during the pandemic since March 2020 and topped the charts of paracetamol pill, has been dubbed a "favourite snack."

Before the outbreak of COVID-19 in 2019, India sold around 75 million strips of Dolo pills, according to statistics from the research firm IQVIA.

It's worth noting that the first wave of COVID-19 entered India in September 2020, while the second wave, which caused the greatest deaths, arrived in May 2021.

In total, more than 35 million instances have been reported in India. As a result, during both pandemic years, more than 350 crore Dolo tablets were sold.

Crocin is the sixth-largest brand in the category, with sales of Rs 231 million in double digits.

On this occasion, Twitter users coined the hashtag # Dolo650, which is currently trending.

Memes about the Dolo 650 have sprung up on Twitter, bringing the usual dose of humour to the platform.

Take a look at some of the most popular memes on Twitter:

This is why #dolo650 is trending ? pic.twitter.com/4BywaCnmuc

When #dolo650 get out of stock and the supply is running late...
Pharmacist be like: pic.twitter.com/DnM4vnnT9t