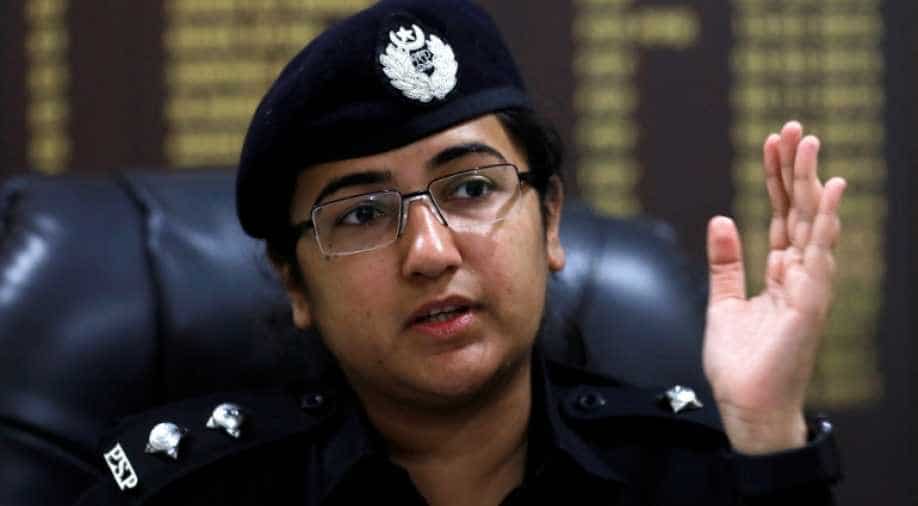 Talpur, who is scheduled to be promoted soon, will be one of only two female officers above the rank of assistant superintendent in the Sindh provincial police force.

Pakistani policewoman Suhai Aziz Talpur heard of the attack on the Chinese consulate in Karachi while driving to work. She rushed to the scene to find two of her colleagues dead, and a trio of insurgents attempting to blow their way into the building.

Her fast response and actions during the nearly two-hour assault on the diplomatic mission in the southern port city have been praised for saving countless lives, turning 30-year-old Talpur into an instant celebrity - and potential feminist icon - in Pakistan, where female police officers remain rare.

"The moment I arrived, an exchange of fire was taking place, blasts had been heard, smoke was emanating," Talpur, an assistant superintendent, told Reuters.

Right away, she took up a position to fire at the attackers and began calling for reinforcements.

"We started to advance inside the consulate and gradually neutralized the situation," she said.

Since the attack a picture of Talpur holding her pistol, flanked by commandos, has gone viral on social media in Pakistan. Her bravery has also earned her a nomination for the country's highest award for police officers.

"The real credit goes to assistant sub-inspector Ashraf (Dawood) and constable Amir (Khan) who kept the attackers engaged and sacrificed their lives," she said.

Once the attack ended, Talpur was among the first police officers to enter the mission and began reassuring the staff.

"When I entered there was a Chinese lady and three or four Pakistani men," she recalled. "The Chinese lady hugged me and I told her 'you are in safe hands, things are under control'."

Talpur, who is scheduled to be promoted soon, will be one of only two female officers above the rank of assistant superintendent in the Sindh provincial police force. But she believes women have a big role to play in law enforcement.

"A woman can be a better detective than a man, we see each and every thing and memorize it better," she said.

Pakistan was recently ranked as the fourth worst country for women in a study conducted by the Georgetown Institute for Women, Peace and Security. But the police and military have recently been running programmes to encourage more women in law enforcement roles and in the armed forces.

Police officers are on the front lines of Pakistan's battle against militancy, often targeted by Islamist and insurgent groups. In 2016, 59 cadets were killed when militants stormed a police academy in the southwestern city of Quetta. The attack was claimed by Islamic State, but Pakistani authorities blamed it on local militant group Lashkar-e-Jhangvi.

In Karachi, officers have been targeted by Taliban militants and scores have been killed in a wave of urban violence that engulfed the city for two decades from the 1990s.

Talpur, who hails from a small conservative village in the southern Sindh province, was studying to be a chartered accountant when she decided her chosen profession was too "dull" and joined the police instead.