Pakistan summons US ambassador, asks him to explain Trump criticism 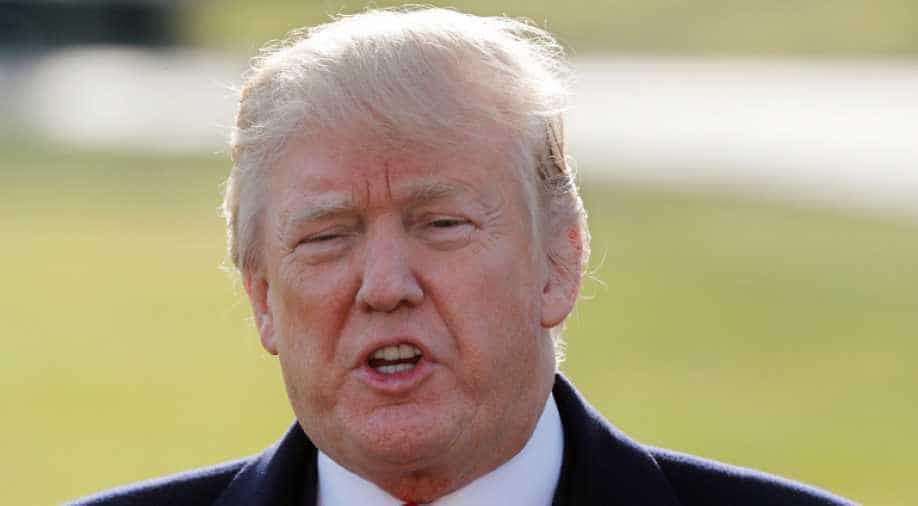 The US envoy was summoned by the Pakistan Foreign Office at 9 pm on Monday night. Photograph:( Reuters )

In his first tweet of 2018, President Trump had said America had been 'foolishly' providing military aid to Pakistan for 15 years but in return had received only 'lies and deceit'

Hours after US President Donald Trump's tweet accusing it of "lies and deceit", Pakistan summoned US Ambassador David Hale on Monday night to lodge a protest, US embassy spokesman Richard Snelsire confirmed.

The US envoy was summoned by the Pakistan Foreign Office at 9 pm, a report in the Express Tribune said.

In his first tweet of 2018, President Trump had said America had been "foolishly" providing military aid to Pakistan for 15 years, but in return, had only received "lies and deceit".

The US President had also accused Pakistan of providing a "safe haven" to terrorists the US was hunting in Afghanistan.

Pakistan's Foreign Minister Khawaja Muhammad Asif was the first to react on Monday and said the country would shortly respond to President Trump's tweet.

We will respond to President Trump's tweet shortly inshallah...Will let the world know the truth..difference between facts & fiction..

Pakistan's government followed with a barrage of tweets one of which said the US should not blame it for its failure in Afghanistan.

Hitting back at the #US the Foreign Office had also warned against the malicious campaign being used to trivialize Pakistan's achievements in the war against terrorism. The foreign office said allies do not put each other on notice. pic.twitter.com/fbhLuClU6O

Minister of State for Information and Broadcasting has said that the #UnitedStates should not put blames for its failure in #Afghanistan on Pakistan.
She further said that #Pakistan has rendered unmatched sacrifices in the war against# terrorism and there is no ambiguity about it pic.twitter.com/u76OBadmtJ

In a strong worded reaction to earlier #US accusations and allegations the Pakistan Army spokesman, Major General Asif Ghafoor asserted that the aid Pakistan received from the US was "reimbursement for support Islamabad gave to the coalition for its fight against Al Qaeda." pic.twitter.com/yzKmYbuOx0

Trump's scathing remarks come after a media report that the US was planning to withhold USD 255-million aid to Islamabad due to Pakistan's inability to destroy terror safe havens.

The New York Times reported that the growing disagreement between the two countries and Pakistan`s inability to neutralise the terrorist networks operating from its soil was possibly affecting the decision in providing financial aid to the Islamabad.