Not ready to bow before any dictator, says Bilawal Bhutto at Azadi March 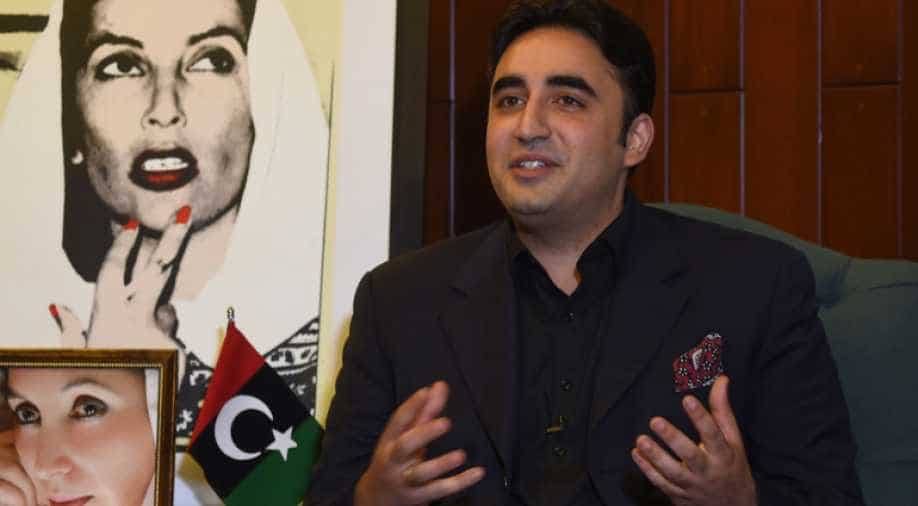 Calling Pakistan Prime Minister Imran Khan a "puppet", Peoples Party chairman Bilawal Bhutto-Zardari addressed a large crowd at the main camp of anti-government march and said that they will not bow down to any 'dictator'.

"We are not ready to bow before any selector or dictator... The hub of power is people and not the state", Bilawal said in front of the charged-up crowd waving flags of the various opposition party on Friday.

The anti-government 'Azadi March' caravans reached its final destination at Peshawar Morr in the wee hours on Friday. Opposition parties participating in the massive protest are scheduled to hold a rally after Friday prayers.JUI-F chief Fazlur Rehman welcomed participants to the Azadi March.

Informed sources told The Dawn that PML-N president Shehbaz Sharif is expected to join Rahman in his Azadi March rally in Islamabad.

The PML-N leader is scheduled to depart for Islamabad from Lahore and is expected to address the gathering in the capital.

The purported aim of the march is to oust Imran Khan, who has been at the helm for just over a year.

Imran Khan has made it clear that he will not succumb to pressure from the Opposition and not resign from his post.