New SL PM Wickremesinghe says no interference in anti-prez protest, cabinet members yet to be decided 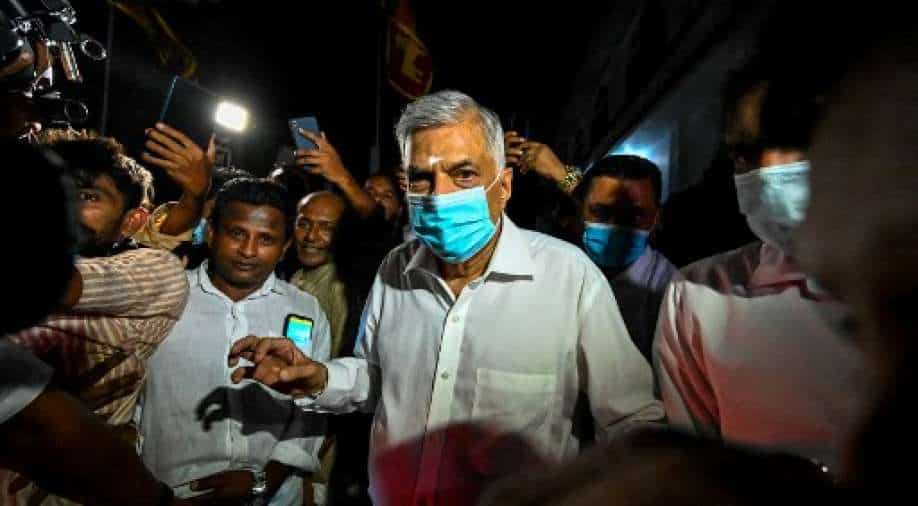 Throwing his weight behind the ‘GotaGoGama’ protest, PM Ranil Wickremesinghe said, 'Police would not do anything to them, and the struggle must continue'

Shortly after taking over as the Prime Minister of crisis-hit Sri Lanka, Ranil Wickremesinghe on Thursday pledged to uplift the economy and said that the government won’t interfere in the protest against President Gotabaya Rajapaksa.

“I have taken on the challenge of uplifting the economy, and I must fulfill it,” the new PM said in his first remarks after taking over the post.

Throwing his weight behind the ‘GotaGoGama’ protest, the PM said, “Police would not do anything to them, and the struggle must continue.”

The United National Party leader also said he will show his majority in the Parliament and that no decision has been made as yet regarding the number of Cabinet Ministers.

When he was asked by the reporters how he will get the support as only one member from UNP is represented in the parliament, Wickremesinghe said, “(UK’s ex-PM) Churchill had only 4 members backing him in 1939, how did he become the PM? Because of the crisis. I have done the same.”

This is the sixth time Wickremesinghe has been appointed to the office. Notably, the 73-year-old has never finished a full term.

Wickremesinghe was sworn-in as the prime minister earlier on the day after his predecessor and brother of President Gotabaya, Mahinda Rajapaksa, resigned following large-scale violence over the economic crisis.

Mobs set fire to a truck used by the security forces to block the main entrance to the prime minister's official Temple Trees residence, a key symbol of state power in the South Asian island.

In response, the authorities were given shoot-at-sight orders wherever they detected nuisance.

Mahinda Rajapaksa, along with his wife and family, fled his official residence - Temple Trees - and took shelter at the naval base in Trincomalee.