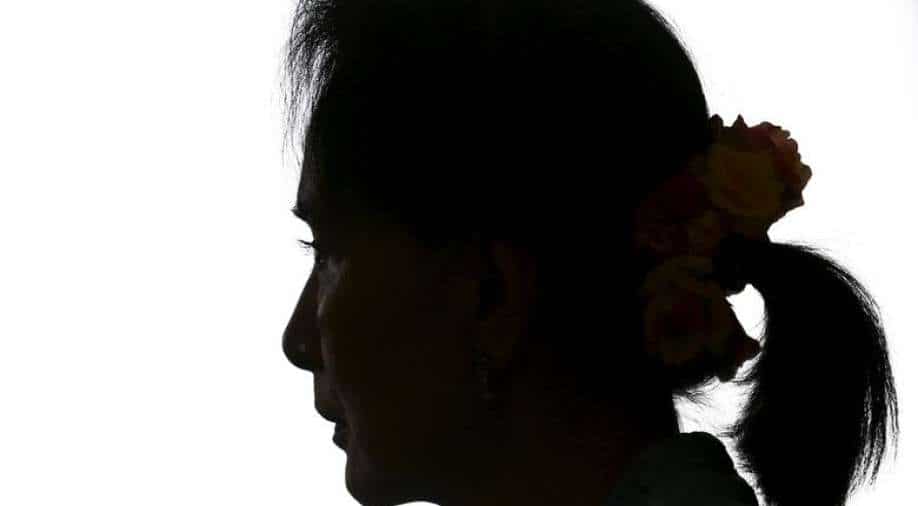 Under house arrest and invisible bar a handful of court appearances, Suu Kyi has been hit with an eclectic raft of charges, including accepting illegal payments of gold and violating a colonial-era secrecy law

Deposed Myanmar leader Aung San Suu Kyi appeared in a junta court again Tuesday on trial for sedition and for flouting Covid restrictions during an election her ousted party won in a landslide.

A mass uprising in Myanmar against a February military putsch has been met with a brutal crackdown that has killed more than 870 civilians, according to a local monitoring group.

Under house arrest and invisible bar a handful of court appearances, Suu Kyi has been hit with an eclectic raft of charges, including accepting illegal payments of gold and violating a colonial-era secrecy law.

On Tuesday, the court heard testimony she violated COVID-19 restrictions during elections last year that her National League for Democracy (NLD) party won in a landslide, her lawyer The Maung Maung told reporters.

Journalists were barred from the proceedings.

Brief meetings with her legal team have been the only channel to the outside world for Suu Kyi -- who remains widely popular in Myanmar -- since she was detained in February.

Junta leader Min Aung Hlaing has justified his power grab by citing alleged electoral fraud in the November poll and has threatened to dissolve the NLD.

Suu Kyi's lawyers have said they expect the trial to wrap up by July 26.

The other charges against her include claims that she accepted illegal payments of gold and violated a colonial-era secrecy law.

The hearing came as soldiers battled an anti-junta civilian militia with small arms and grenades in the city of Mandalay on Tuesday, with at least four protesters and two security personnel killed, authorities said.

Fighting has flared across Myanmar since the February coup as people form "defence forces" to battle a brutal military crackdown on dissent, but previous clashes have largely been restricted to rural areas.