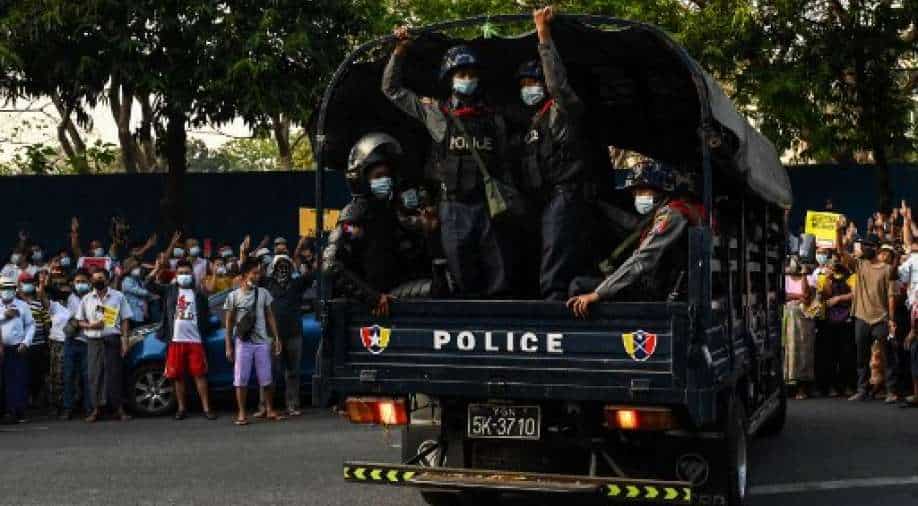 Reports said Suu Kyi and detained president Win Myint may be questioned by a court "via video conferencing" in Naypyidaw this week.

Myanmar military generals on Tuesday choked the internet for the second consecutive night as protesters continued their demonstrations as extra troops were deployed around the country.

The military junta had imposed a state of emergency for one year on February 1 after ousting Aung San Suu Kyi who has not been seen in public for the past fortnight.

Reports said Suu Kyi and detained president Win Myint may be questioned by a court "via video conferencing" in Naypyidaw this week. Armoured vehicles operated on the streets in Yangon as the military tightened its hold over the country even as protesters demanded freedom for Suu Kyi and a return to democracy.

The protests have spread nationwide ever since the coup with  Naypyidaw, Mandalay and other cities reporting clashes between the state police and people.

The military has severely curtailed internet freedom with Tuesday's internet blackout set to be the fourth since February 1 even the United Nations denounced the military's move to choke off the internet, however, protests have continued regardless with violence reported in several areas.

According to reports, at least 420 people have been detained since the coup.

The coup has been internationally condemned with a joint statement from the US, British and European Union ambassadors urging Myanmar security forces not to harm civilians.

Reports say communities across the country have formed neighbourhood watch brigades to prevent night-time arrests by the military.