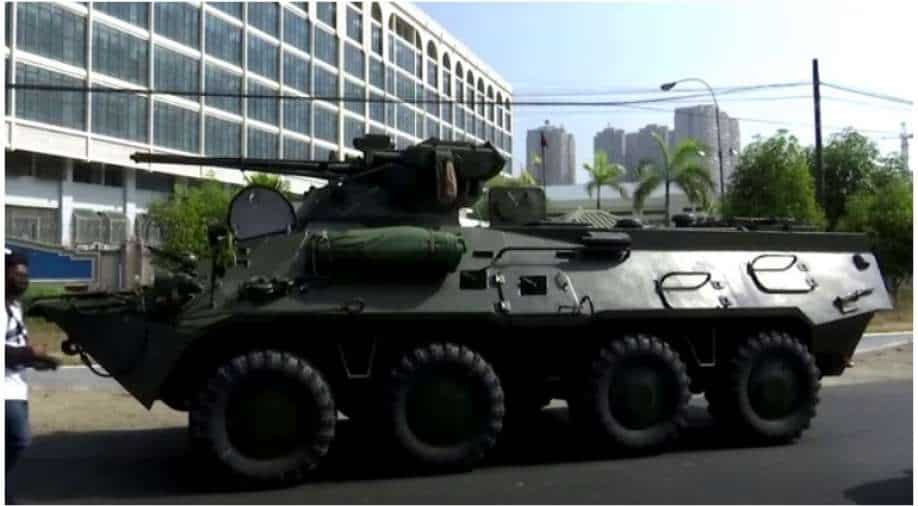 Situation in Myanmar appeared to be worsening as military junta deployed armoured vehicles in major cities including Yangon on Monday. The military imposed hours-long internet blackout and extra troop movement was seen at key locations in Yangon. The military coup against Aung San Suu Kyi government has completed two weeks and there are no indications so far that the military wants to soften its stand against the protesters.

However, fresh protests again flared in Yangon on Monday morning, including near the central bank.

Meanwhile, Aung San Suu Kyi's lawyer has told the media that she will remain in custody till Wednesday (February 17). It was previously thought that her custody was to end on Monday (February 15).

At the Burmese central bank, several hundred protesters held up signs calling for colleagues to join the CDM - civil disobedience movement - and stated their refusal to accept the coup.

"The central bank is the life blood of the country's monetary system. Many soldiers and armoured vehicles are deployed at the bank as the military is concerned that the central bank is inactive," private bank staff, Nay Aung Lwin said. 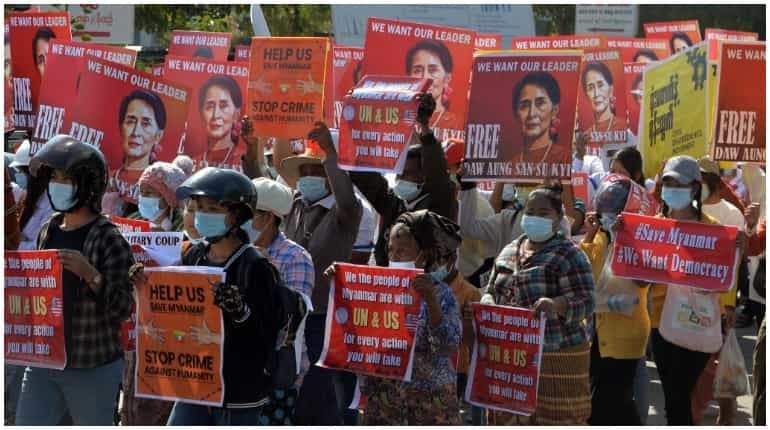 Hundreds of engineering and technology students protested in a northern district of the city, according to an AFP journalist.

There was a fresh rally in the southern city of Dawei too, a verified live stream on Facebook showed, with hundreds of protesters accompanied by a marching band.

Some carried banners against the military that read: "They kill in (the) day. They steal at night. They lie on TV."

Monitoring group NetBlocks reported that a "state-ordered information blackout" had taken Myanmar almost entirely offline, but services began resuming around the start of the working day.

But the monitor noted that most users in Myanmar were still barred from social media. 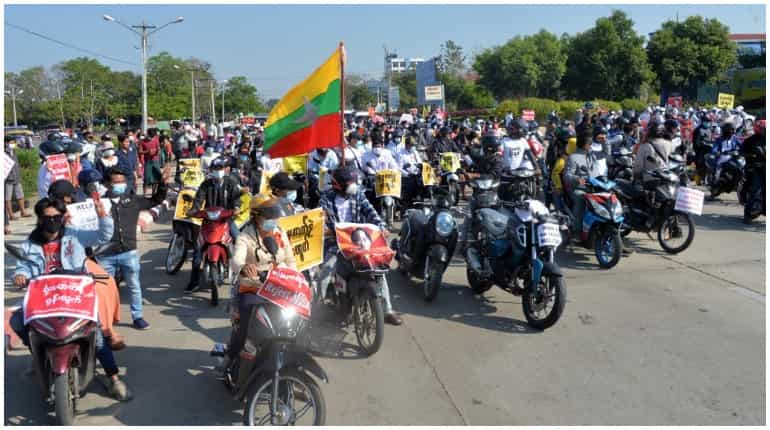 A joint statement from the US, British and European Union ambassadors urged security forces not to harm civilians.

"We call on security forces to refrain from violence against demonstrators, who are protesting the overthrow of their legitimate government," they said.

The US embassy advised American citizens to shelter in place and not risk defying an overnight curfew imposed by the regime.

UN special rapporteur Tom Andrews said the junta's efforts to rein in the burgeoning protest movement was a sign of "desperation" and amounted to a declaration of war against its people.

"Attention generals: You WILL be held accountable," he wrote on Twitter.

Much of the country has been in uproar since soldiers detained Aung San Suu Kyi and her top political allies on February 1, ending a decade-old fledgling democracy after generations of junta rule.

The Nobel laureate spent years under house arrest during an earlier dictatorship and has not been seen in public since she was detained.