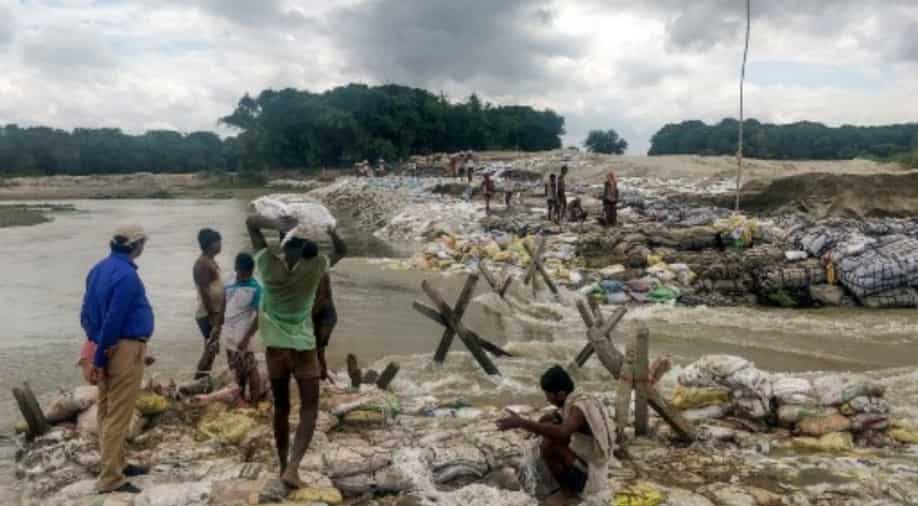 The Meteorological Forecasting Division had officially announced the arrival of the monsoon in Nepal, eight days before the date of the normal onset of the rainy season

Around 2 million Nepalese are likely to be impacted this year by the inundation and floods and landslides triggered by incessant rainfall across the country.

In the four months of the monsoon period, from June to September, Nepal receives an average of 1,500 mm of rain which is 80.5 per cent of annual rainfall.

As per the National Disaster Risk Reduction and Management Authority, as many as 421,047 households will be affected this monsoon season.

Authority's spokesperson Dr. Dijan Bhattarai told WION the estimation was made assessing the disaster risk in the past 11 years. The Meteorological Forecasting Division has forecasted above-average rainfall in most parts of the country this monsoon.

“This time, the government has formed a Monsoon Response Command team which includes officials from various ministries, Nepal Army, and Nepal Police. All district offices have been asked to stay alert and support the locals. We will focus on areas where we lacked in the previous year,” Bhattarai told WION.

Over 14,000 security forces are on standby and other stakeholders concerned to assist in relief and rescue operations.

The Armed Police Force (APF) has also prepared itself for natural disasters.

As many as 5 lakh people need assistance with the onset of monsoon and lack of medicine and treatment has been seen as a big problem in the past.

The Meteorological Forecasting Division had officially announced the arrival of the monsoon in Nepal, eight days before the date of the normal onset of the rainy season.

There were a large number of human casualties and crops were heavily damaged by the unseasonal rainfall last year.

The Meteorological Analysis says, currently the monsoon has been affecting the entire country.

The department has also issued a warning for the next 24 hours of a possibility of heavy rainfall in parts of the country, increasing the risk of landslides in the hilly regions.