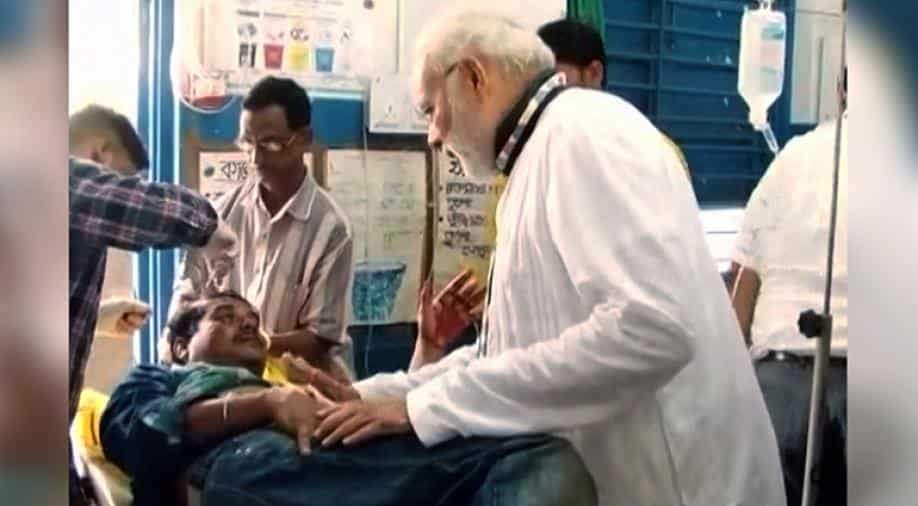 After offering prayers at the temple, PM Modi met his Nepalese counterpart Oli inside the temple complex as the two leaders exchanged views on India-Nepal relations.

PM Modi arrived at Janakpur in Nepal today on a two-day visit and immediately travelled to Janaki temple to offer prayers.

This is Indian prime minister's third visit to the Himalayan kingdom since he came to power in 2014.

After offering prayers at the temple, PM Modi met his Nepalese counterpart KP Oli inside the temple complex as the two leaders exchanged views on India-Nepal relations.

"I am happy that Nepal PM came all the way from Kathmandu," PM Modi said with prime minister Oli at his side.

India and Nepal will work towards building 'Ramayan' circuit between both the countries. This will act as foundation for strong people to people contact between the two nations :PM Modi at the launch of bus service between Janakpur-Ayodhya, in Janakpur #Nepal pic.twitter.com/yzxi1XY4ko

"I am honoured to visite Janaki temple," the Indian prime minister added.

During his visit, the Indian prime minister will push for development projects between the two countries.

"Ramayan circuit will boost tourism," the prime minister noted, adding, "this will act as a foundation for strong people-to-people contact between the two nations."