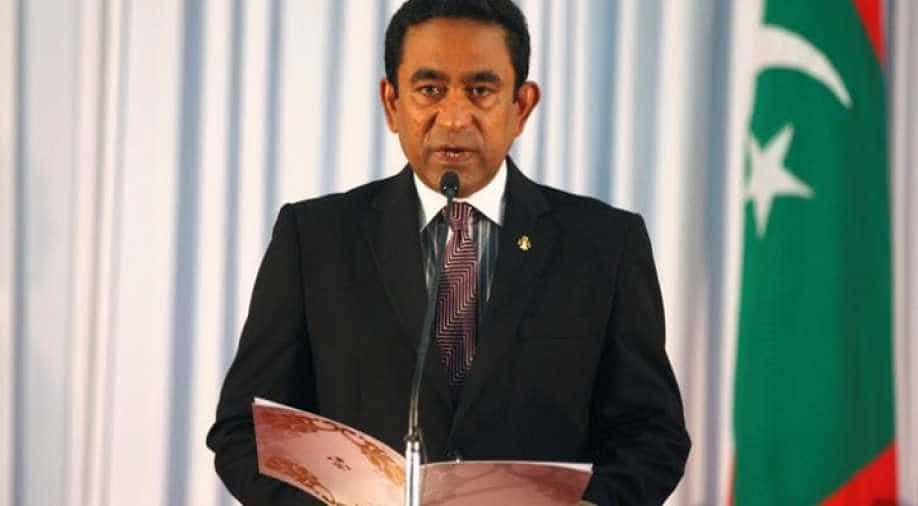 Yameen has stepped up a crackdown on opposition activists, including his estranged half brother and ex-president Gayoom, since imposing a draconian state of emergency on February 5. Photograph:( Reuters )

The Maldivian opposition said Tuesday it had hired a former UN rights rapporteur to push the global body to intervene in a worsening political crisis that has roiled the troubled honeymoon islands.

The opposition alliance, which includes the parties of former presidents Mohamed Nasheed and Maumoon Abdul Gayoom, said they had enlisted British lawyer Ben Emmerson to advise them on securing UN mediation in the crisis.

His appointment follows reports that President Abdulla Yameen, who declared a state of emergency in a crackdown on dissent earlier this month, had declined an offer from UN Secretary General Antonio Guterres for multi-party talks.

Emmerson will "advise the joint opposition in discussions with UN officials" on possible talks with Yameen's administration, the Colombo-based opposition alliance said in a statement.

Yameen has stepped up a crackdown on opposition activists, including his estranged half brother and ex-president Gayoom, since imposing a draconian state of emergency on February 5.

He has also arrested the chief justice after the Supreme Court ordered the release of political prisoners, and has stripped parliament of its power using emergency laws to head off impeachment.

In another development, Yameen's niece Dunya Maumoon, resigned as state minister for Health, a position she held for just over a year. Earlier she had been Yameen's foreign minister.

She has been under pressure to resign since Yameen had her father Gayoom arrested earlier this month on a charge of trying to topple the government.

"Today at this time of pain and crisis for both my family and my country, it is my sincere hope to see my father home at the earliest", she said in a statement after her resignation.

"In order to uphold the integrity of the constitution, drastic action was necessary. The president declared a state of emergency. This decision was not taken lightly," she said. The Council of the European Union on Monday urged Yameen to end the state of emergency, release all political prisoners and restore rule of law. It warned of sanctions if Yameen failed to comply.

"The current situation is not in accordance with the principles of democratic rule and separation of powers," the Council said.

"If the situation does not improve, the Council may, therefore, consider targeted measures."

It said the European Union was ready to support any UN facilitation of talks between Maldivian parties to end the standoff, which it said threatened the safety of residents and tourists visiting the popular holiday islands.

Last week Yameen's regime warned India against interfering in the crisis after New Delhi, once seen as Male's closest ally, expressed dismay over the president extending the state of emergency.

Yameen has jailed almost all his political opponents since coming to power in late 2013 and the resulting fallout has dented the nation's image as a popular tourist destination.

Amnesty International on Tuesday called on authorities to "unconditionally release" all those detained under the emergency provisions.