Let us not make job creation in India a number game 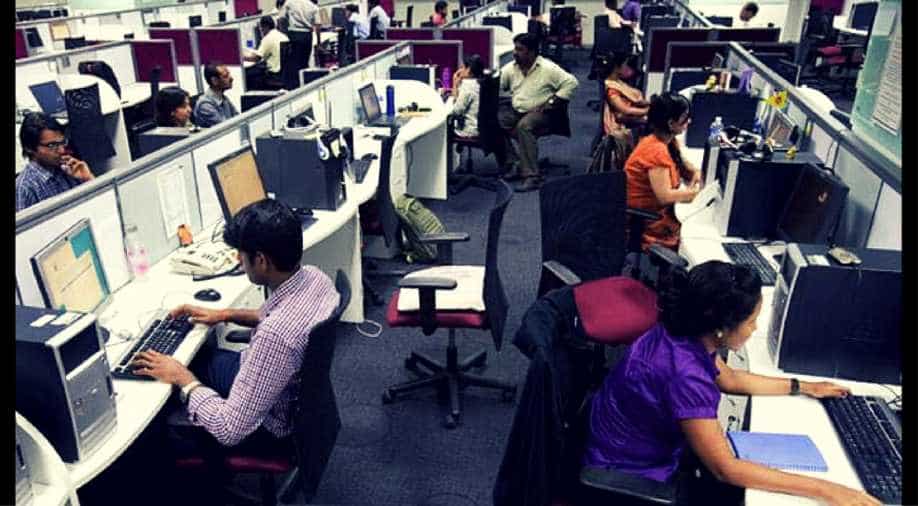 Over the past few months, the question of job creation, or lack thereof, in the formal sector of the economy has steadily been in the news. Clearly, the Modi government is feeling the pressure to do something, or at least to be seen to be doing something, about it. The first response to the accusation that the Indian government has failed on the job creation front was in the form of Amit Shah’s statement that it was not jobs that were promised, but livelihoods. So the government would encourage self-employment. Never mind that self-employment has always been the fallback option for those not able to secure jobs. Half of the Indian workforce is self-employed.

The revelation that 10 million workers left out of the Employee Provident Fund Organization (EFPO) because of employers defaulting on their responsibilities have been registered during the EFPO amnesty program this year.

Since this response was unlikely to cut much ice, a second response has emerged over the last few weeks. This is to argue that in fact, India has a much larger formal workforce than previously estimated. 15-25 per cent instead of the usually quoted figure of 7-10 per cent. This is asserted on the basis of the revelation that 10 million workers left out of the Employee Provident Fund Organization (EFPO) because of employers defaulting on their responsibilities have been registered during the EFPO amnesty program this year. The program (running from January 1st to June 30th) gave firms the opportunity to register workers that were off the books so far and pay their PF dues for a nominal fine of INR 1 per year.

The sudden 26 per cent increase in the size of the workforce that qualifies for PF is being billed as an increase in formal sector employment. Following up on this, a few days ago, the NITI Aayog task force, led by Chairman Arvind Panagariya and charged with reviewing the state of employment data, recommended that formal employment is redefined more “pragmatically” to include workers that are covered under PF, insurance, or pension schemes.

Of course, if receiving the “formal” label means these workers can now fight for better working conditions and more benefits, this would be welcome!

Now, bringing workers who qualify for PF, insurance, or pension schemes into the system so that they actually get the benefits they are supposed to and making sure companies are actually paying into the system, is, of course, a good idea. But using this as a way to underplay the jobs crisis is simply playing a numbers game.

Redefining informal workers as formal will look good on paper but does not change anything on the ground. In fact, it may even make things worse if the “formal” label ends up taking all such jobs off the radar for improvement in working conditions. This is because even jobs in which workers qualify for various benefits are often precarious, hazardous, or otherwise prone to malpractices (such as stealing of PF). Even contract workers can be on PF schemes. Of course, if receiving the “formal” label means these workers can now fight for better working conditions and more benefits, this would be welcome!

But the cynical use of data does not stop there. An article from a few days ago in the Financial Express is a master class in how media can be used for manipulation even in the staid world of economic statistics. The headline reads “Job Creation Boost: Pradhan Mantri Awas Yojana Urban birthed 1.7 crore jobs.” The highlighted summary goes: “Two years after its launch, the Prime Minister Awas Yojna Urban (PMAY-U) may be off to a slow start, but the scheme has already employed close to 1.7 crore people so far, says a study.” This article has been tweeted and retweeted as proof of the success of the Modi government in job creation.

Closer examination reveals that the Express report is based on a study by the National Council for Applied Economic Research (NCAER) published in April 2014. This study uses input-output data from the Central Statistical Organisation and employment data from the National Sample Survey from the year 2009-2010 to show that for every lakh rupees invested in the housing sector, 2.69 new jobs (2.65 informal and 0.4 formal) are created in the economy. So with an estimated investment of Rs 42,160 crore under the Awas Yojana, employment of 1.71 crores should be generated. Thus, we arrive at the 1.7 crore jobs figure.

What we need is a genuine policy response that can increase the number of decent, secure jobs, paying at the minimum the government class IV monthly salary.

So note the data gymnastics here. Firstly, the study is based on data from the UPA-II regime and was published before the present government came to power. Secondly, it is based on indirect input-output analysis, not on any survey of actually created jobs. Thirdly, according to the study, 87 per cent of the jobs created would be informal. Fourthly, it is well known that the construction sector has been a principal source of (informal) jobs in the past few years.

So in sum, a three old study based on seven-year-old data confirms what we know about informal job creation in the construction sector and is not designed to say anything about the current debate on how to create decent, formal jobs. What we need is a genuine policy response that can increase the number of decent, secure jobs, paying at the minimum the government class IV monthly salary. What we are getting instead is a juggling of the numbers and misleading headlines.