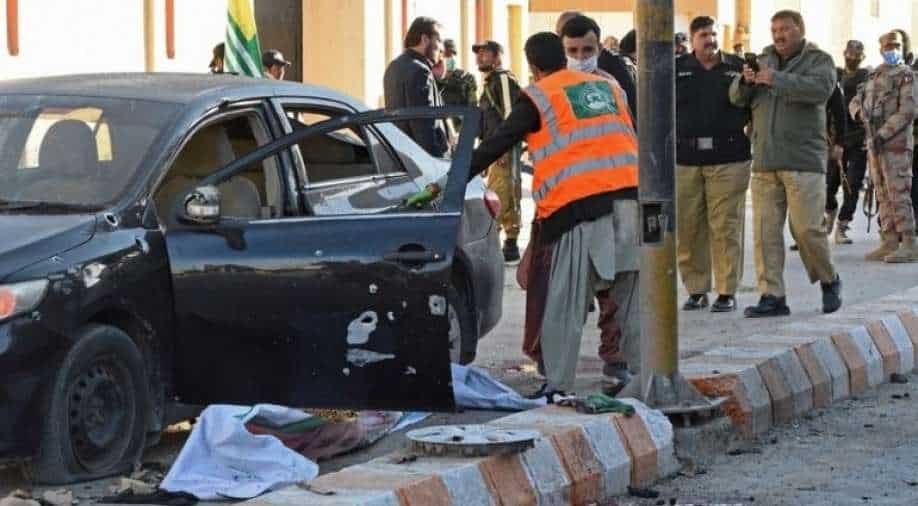 Pakistan has witnessed a surge in violence in recent weeks

A prominent local Pakistani cleric associated with Maulana Fazlur Rehman's Jamiat Ulema-e-Islam Fazl has been shot dead along with his son and a seminary student by unknown gunmen on the outskirts of the capital Islamabad, police said on Sunday.

The incident took place late Saturday night in the Bhara Kahu area when Mufti Ikramur Rehman was going towards his car and came under the attack. His 13-year-old son Samiullah and the student were also killed.

At least three gunmen fired at them and fled after the attack, local police officer Shahzad Khan told the media, adding that the victims succumbed to multiple bullet injuries at a hospital.

So far, no one has taken responsibility for the attack which appears to be a targeted killing.

Rehman condemned the killing and demanded the immediate arrest of the culprits. He said the killing of the cleric showed "complete failure on the part of the government to maintain law and order in the country?.''

The JUI-F supporters staged a protest against the killing of the cleric and blocked the Murree Road (N-75 highway) on Sunday. However, they dispersed after negotiation with the administration of the city, Islamabad Deputy Commissioner Muhammad Hamza Shafqaat said.

"Murree Road has been reopened to traffic after talks with the administration and police," Shafqaat wrote on Twitter.

Pakistan has witnessed a surge in violence in recent weeks. Though the organised presence of rebels has been destroyed, their remnants are still active to incite violence, the Pakistan Army said in a statement.