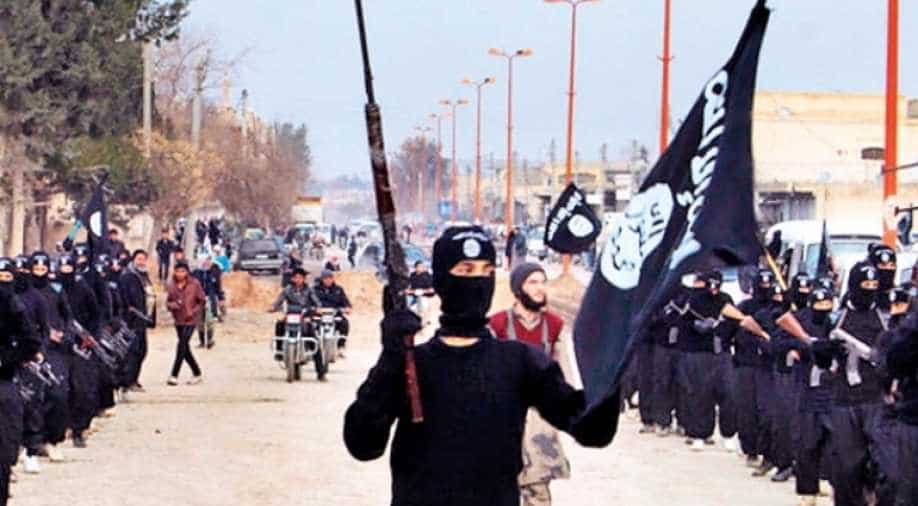 An Islamic State terrorist with its flag and gun (file photo). Photograph:( DNA )

IS has claimed several bombings in recent weeks. The militant group has been targetting Shi'ite and Sufi minorities in the country. Afghanistan is mainly a Sunni Muslim nation

The Islamic State on Sunday claimed responsibility for a bomb attack on passenger bus that killed one woman in Kabul, Afghanistan capital.

Dozens of people have been killed and scores wounded in deadly attacks that have punctuated the last two weeks of the fasting month of Ramadan, which ends Sunday.

A woman was killed and three others were wounded in the bus attack, Kabul police said.

The bus bombing took place just two days after a bomb blast in a mosque that claimed lives of 10 people. The blast took place on Friday just when worshippers were performing rituals.

No group claimed Friday's mosque bombing but IS took responsibility for the attack on the bus.

IS has claimed several bombings in recent weeks. The militant group has been targetting Shi'ite and Sufi minorities in the country. Afghanistan is mainly a Sunni Muslim nation.

Taliban officials insist their forces have defeated IS, but analysts say the jihadist group remains a key security challenge.

Kabul police meanwhile vowed to "ensure security" during the Eid al-Fitr holiday that marks the end of Ramadan.

"The Secretary-General strongly condemns yesterday's deadly attack on the Khalifa Sahib Mosque in western Kabul during Friday prayers," a spokesperson for Antonio Guterres said in a statement.