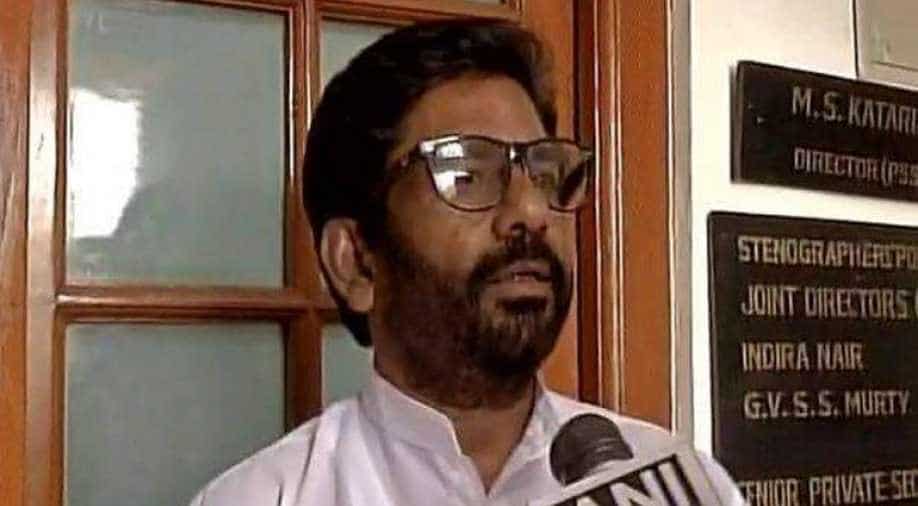 Following the incident, Air India along with four private airlines banned him from flying on their aircraft. Photograph:(ANI)
Follow Us

SpiceJet today cancelled the ticket of Shiv Sena MP Ravindra Gaikwad, who has been barred by domestic airlines from flying after he assaulted an Air India staffer last month.

After Air India and IndiGo, SpiceJet is the third carrier to cancel the ticket of the Lok Sabha member.

Sources said Gaikwad's booking on Pune to Ahmedabad flight (SG 524) for April 3 has been cancelled by SpiceJet.

Following the incident, Air India along with four private airlines banned him from flying on their aircraft.

The domestic airlines' body Federation of India Airlines (FIA) has taken a "strong view" of the incident and accordingly taken a decision to bar the MP from flying on their network, FIA sources said.

Jet Airways and three budget carriers -- IndiGo, SpiceJet and GoAir -- are the members of the FIA.

Apart from Air India, IndiGo had cancelled Gaikwad's booking after the assault incident.

On March 23, Gaikwad had repeatedly hit an Air India staffer with a sandal over not being given a business class seat despite having insisted on boarding an all-economy flight.