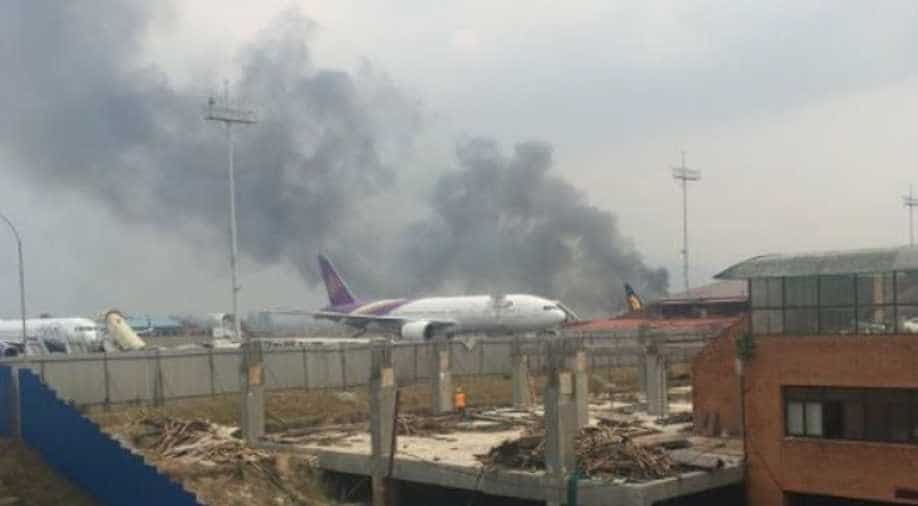 The death toll in the US-Bangla Airlines plane crash in Nepal climbed to 51 after two more people succumbed to injuries in the hospital here on Tuesday as the Nepali government formed a probe panel to investigate the aviation disaster.

The Nepali Home Ministry said in a press release that 22 Nepalis, 28 Bangladeshis and a Chinese passenger lost their lives in Monday`s accident — the worst in the Himalayan nation since a 1992 Pakistan International Airlines (PIA) crash that claimed 167 lives.

The Bangladeshi airline and airport authorities in Kathmandu have blamed each other for the tragedy after it emerged that there was confusion over landing instructions.
The last four minutes of the conversation between the pilot and Air Traffic Control at the airport indicates a possible confusion in the mind of the pilot about Runway 02 (the southern end) and Runway 20 (the northern end), a Nepalese newspaper reported.

The Nepali pilots of other aircraft are heard warning the ATC that the US-Bangla pilot seems disoriented, according to the Nepali Times.

At the very outset of the tape, the control tower was heard warning the pilot, "I say again, do not proceed towards Runway 20." And later, he is warned to remain on hold and not to land because there is another aircraft on approach.

After the plane apparently takes a right orbit, the ATC asks the pilot whether he wants to land on Runway 02 or 20.

The latter responds and says "We would like to land on 20"; he is cleared to land on that end of the runway, the report said.

The pilot was then asked if he has the runway in sight, to which he replies, 'Negative', it said.

He was asked to turn right, but immediately after that, the Flight 211 pilot says "Affirmative", that the runway is in sight.

The pilot then says, "Cleared to land Runaway 02", even though he had sought permission for 20. However, ATC too now clears him to land on Runway 02.

Meanwhile, speaking to the Army 53 aircraft which is on hold about 10 kilometres away, the ATC says the Bangladesh aircraft is "on final for 20".

The last recorded words of the pilot are: "[Unintelligible] said sir, are we cleared to land?" After some silence, the clearly alarmed ATC controller shouts, "I say again, turn?!".

There is silence for a while, then a 'Fire One' calls the tower, indicating that a crash has occurred and the airport fire tender has been activated.

Bombardier is a twin-engine, medium-range and turboprop aircraft.

Canadian plane maker Bombardier said it was sending an air safety investigator to the site, as well as a field service representative.

The Dhaka-based US-Bangla Airlines is a private carrier that launched in July 2014 with the motto "Fly Fast Fly Safe". The airline is a unit of the US-Bangla Group, a US Bangladeshi joint venture company.

Nepal has witnessed a number of accidents involving aircraft in recent years.

Yesterday's accident is deadliest since September 1992 when all 167 people aboard a Pakistan International Airlines (PIA) plane was killed when it crashed near the Kathmandu airport.