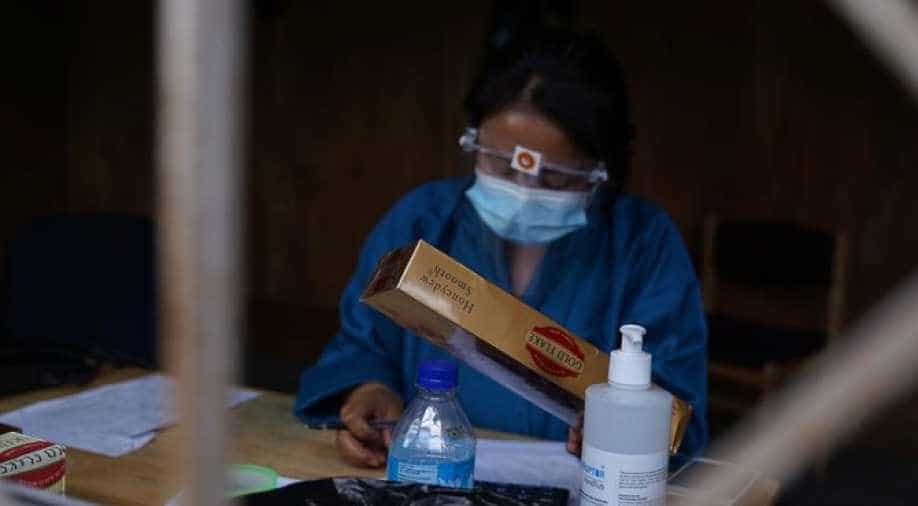 The decision comes even though smoking is considered a sin in the mostly Buddhist country, where a tobacco control law was first passed in 1729 and the plant is believed to have grown from the blood of a demoness.

The remote Himalayan kingdom of Bhutan, known for embracing gross national happiness and outlawing television until 1999, has now made the unusual decision to reverse a ban on the sale of tobacco, blaming coronavirus.

The decision comes even though smoking is considered a sin in the mostly Buddhist country, where a tobacco control law was first passed in 1729 and the plant is believed to have grown from the blood of a demoness.

The country of about 750,000 banned the sale, manufacture and distribution of tobacco in 2010 but allowed smokers to import controlled amounts of tobacco products after paying hefty duties and taxes -- sparking a thriving black market for cigarettes smuggled over the border from India.

When Bhutan closed its frontier with India earlier this year because of the coronavirus pandemic -- India has more than 3 million confirmed cases, while Bhutan has fewer than 200 -- under-the-counter tobacco prices soared fourfold as the traffickers found it harder to get into the country.

Some continued to sneak in however, and on August 12 a Bhutanese worker handling goods coming in from India tested positive for coronavirus in the border town of Phuentsholing.

This prompted a rethink from the government of Prime Minister Lotay Tshering, a qualified doctor who still practises at weekends.

His administration lifted the decade-old ban on tobacco sales to temper demand for the smuggled cigarettes and, in theory, lessen the risk of cross-border contagion.

Tshering insists the reversal is temporary.

The decision allows smokers to buy tobacco products from state-owned duty-free outlets, and adds them to the list of essential products available in the country's pandemic lockdown.

The government further argued that keeping it from those who are addicted and stuck inside might lead to tensions in the home.

"This is the wrong time to rehabilitate a person or to change their habits," Tshering told a local newspaper.

At one duty-free shop in the capital Thimphu, branch manager Dechen Dema said she gets about 1,000 calls a day and works from 8:00 am until midnight catering to orders.

"We get so many desperate calls and don't even get proper time to eat," Dema said.

Long-term smoker Regyal Chophel, 35, who works for the state media, was relieved to get his fix.

"Old habits die hard and I was getting quite desperate. I am thankful for the government to have come up with this arrangement," he said.