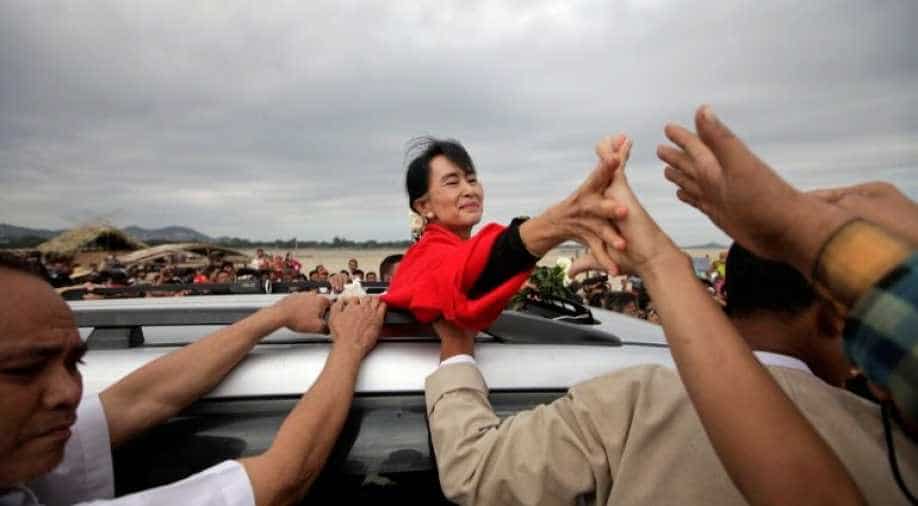 Myanmar's constitution was drafted by the military in 2008. The objective was never to uphold democracy, but to safeguard military supremacy

Myanmar's de facto leader Aung San Suu Kyi is in detention in Naypyidaw for almost a day now. The military has declared a state of emergency and has taken control of the country for a year.

Signs of a coup were clear last week. Brigadier General Zaw Min Tun, Myanmar defence forces spokesman had said, "We are not saying the Myanmar's army will take power. But, we are also not saying that it will not."

Detentions began before dawn as the mobile signals were down. Numbers in Naypyidaw were unreachable, as were those to Yangon. Soon, the state TV also went off the air and the only message being beamed was from the military-owned television.

"The authority of the nation's law making, governance and jurisdiction is handed over to the commander in chief (min aung hlaing)," the messages read.

Yangon,Myanmar's commercial hub and its former capital was seized by the troops. Banks are closed and the supporters of the military are cruising around with flags. The day was supposed to mark the start of a newly elected parliament, but tanks are now crushing every scope of democracy.

A coup d'état can be never be justified.

Myanmar's military is making a half-hearted attempt and is citing alleged poll irregularities.

In November 2020, Myanmar held its second democratic election in history.

Suu Kyi-led NLD swept the polls winning over 80 per cent of the votes. The military-backed union solidarity and development party settled for just 33 of 476 seats. However, the military has been crying foul ever since. It claims to have uncovered 10 million instances of voter fraud, but there's no proof and the military needs none to nullify the election.

Myanmar's is a fragile democracy and it was meant to be that way. The country's constitution was drafted by the military in 2008. The objective was never to uphold democracy, but to safeguard military supremacy.

The country came out of a 49-year-old military rule in 2011 and it has seen two coups before.

All the three branches of democracy have once again come under the control of the army. Sitting at the helm is army chief min Aung Hlaing — a man who made headlines for spearheading the Rohingya genocide and for being slapped with US sanctions. His men have promised balance and fairness in Myanmar.

Alarm bells have gone off in the world's leading democracies, from Australia to India, United States, Britain and Japan. Even India said the rule of law and democratic process must be upheld. Many countries have called for the release of Myanmar's leaders.

The UK prime minister Boris Johnson, also tweeted, "The vote of the people must be respected and civilian leaders released."

However, China has not had much to say. The Chinese foreign ministry spokesperson, Wang Wenbin said, "China is a friendly neighbour of Myanmar. We hope that all sides in Myanmar... Can properly manage their differences."