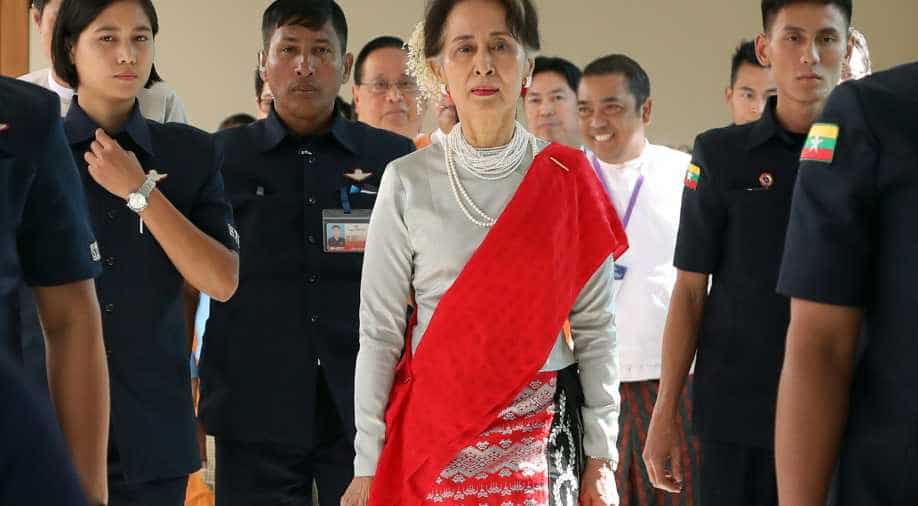 This note was apparently written before the military coup that took place on Monday, the NLD claimed

In a statement issued by Myanmar's National League for Democracy (NLD) on their official (and verified Facebook account), the military coup was strongly voiced against and the leader urged locals to protest against the morning developments.

"The actions of the military are actions to put the country back under a dictatorship," the statement issued on behalf of Suu Kyi read.

While the statement reads Aung San Suu Kyi's name at the end, it does not have a signature from the leader, Reuters claimed.

"On my life I swear, that this request to the people is Aung San Suu Kyi’s genuine statement," wrote the party chairman Win Htein in a handwritten note at the bottom.

This note was apparently written before the military coup that took place on Monday, the NLD claimed. However, nobody has been able to verify the statement's authenticity yet as the NLD and the party chairman Win Htein have not been available for comment.

Suu Kyi has not been seen in the public eye since she was detained by the military forces in the early hours of Monday.

This statement has come hours after she, along with several other party leaders were detained. The coup has been condemned by several world leaders, governments and organisations who have asked for an immediate release of Suu Kyi and others.